• Khalwale said the two parties are only uniting to keep together something that does not exist and to enable ethnic mobilisation.

• The former senator went on to accuse President Uhuru Kenyatta and former Prime Minister Raila Odinga of entitlement, stating that it is wrong to think that presidents can only come from certain families. 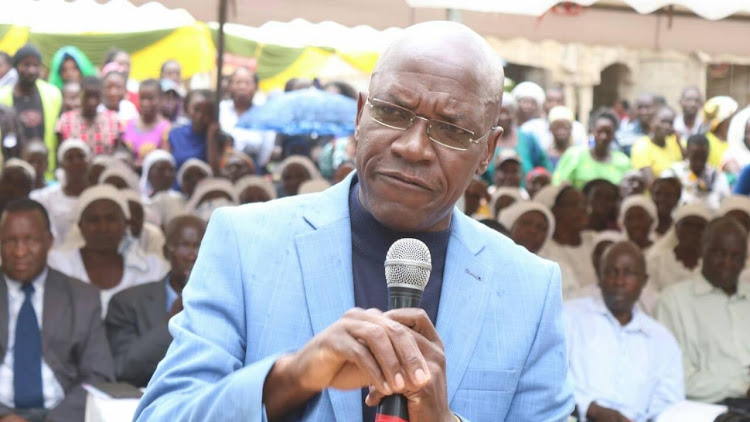 Former Kakamega Senator Boni Khalwale has said that plans by Jubilee and ODM to form an alliance ahead of the 2022 elections will need a magic spell to work.

Khalwale who spoke to Citizen TV on Monday morning said the two parties are only uniting to keep together something that does not exist and to enable ethnic mobilisation.

"Why I’m saying it requires magic is because the intention of that coalition is purely to enable people to achieve ethnic mobilisation," he said.

The former senator went on to accuse President Uhuru Kenyatta and former Prime Minister Raila Odinga of entitlement, stating that it is wrong to think that presidents can only come from certain families.

Khalwale is an ally of Deputy President William Ruto and also his point man for the Western Kenya region.

He has also been a big critic of Uhuru and Raila.

His words come a few days after Jubilee Secretary General Raphael Tuju said that Jubilee and ODM were working on a pre-election alliance that will see them field one presidential candidate in 2022.

According to Tuju, having the two parties work together is in the best interest of the country and they are keen to formalize their handshake relationship in a coalition deal.

"If we reach an agreement in terms of coming up with alliance, which is on the table, then we should have one presidential candidate," Tuju said.

Jubilee, ODM to field one presidential candidate in 2022 polls - Tuju

Tuju said the two parties are keen to formalize their handshake in a coalition deal.
News
6 months ago

The move has, however, not settled well with ANC and Wiper party leaders, Musalia Mudavadi and Kalonzo Musyoka who have laughed off the plan for a coalition between ODM and Jubilee.

The two parties have ruled out working with ODM again, even after Uhuru urged Opposition leaders to reunite to take on Deputy President William Ruto in 2022.

Nasa which unsuccessfully vied against Jubilee in 2017 was composed of Raila Odinga (ODM), Kalonzo Musyoka (Wiper), Musalia Mudavadi (ANC) and Ford Kenya's Moses Wetang'ula came together and formed Nasa, a political vehicle they unsuccessfully used to unseat Uhuru in 2017.

Last week, former Vice-President Kalonzo Musyoka said it is very unlikely that he will support Raila for president again.

The Wiper party leader said he would rather retire, than support Raila.

"I will be the most stupid fellow under the earth to support for the third time, a presidential candidate without a measure of reciprocity," Kalonzo said.

Kalonzo insists he will not back down on his rejection of working with ODM leader in 2022.
News
6 months ago
by BRIAN ORUTA Digital Journalist
News
21 June 2021 - 12:19