•Ruto announced  that he will be running for president with a UDA ticket come 2022.

•While criticizing an alleged coalition between President Uhuru Kenyatta's Jubilee and Raila Odinga's ODM, Ruto said he is not bothered. 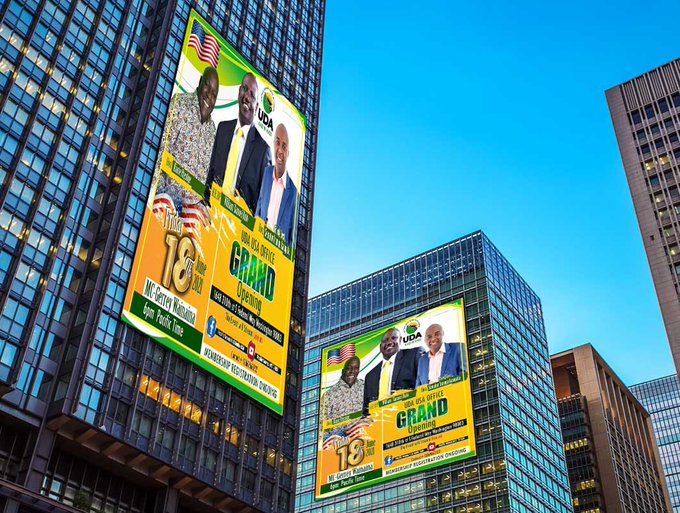 The United Democratic Alliance has begun campaigns abroad in a move to popularize the outfit among Kenyans living in diaspora.

The party on Saturday launched its USA Washington state branch in an event hosted by Murang'a Senator Irungu Kang'ata.

"UDA party - first Kenyan party to have an international liaison office in USA Seattle Washington. Congratulations to Mr Kiarie Prestige for the good work," Kang'ata said during the event which was attended by Kenyans both physically and virtually.

Deputy President William Ruto who also attended the function via video conferencing pledged to support Kenyans living abroad including setting up a ministry that will deal with their issues.

"We believe that the diaspora should also participate in the politics of our nation. There is no reason why the diaspora does not have representation in government," Ruto said.

"...a clear ministry that strictly works on matters to do with the Kenyan community in diaspora. You should an opportunity to contribute. There is no taxation with no representation."

Meanwhile, in a different function, the DP announced  that he will be using a UDA  presidential ticket come 2022.

While criticizing a planned coalition between President Uhuru Kenyatta's Jubilee and Raila Odinga's ODM, Ruto said he is not bothered.

"Tuko rada. Tuko na chama cha mahustler, (We are ready with the hustler party.)," Ruto said while in West Pokot.

A coalition between Uhuru and Raila will take their handshake a notch higher and craft a political pact that will see them work together in the 2022 General Election.

The pre-election deal is expected to translate into the formation of a behemoth political machine that will take on Ruto. 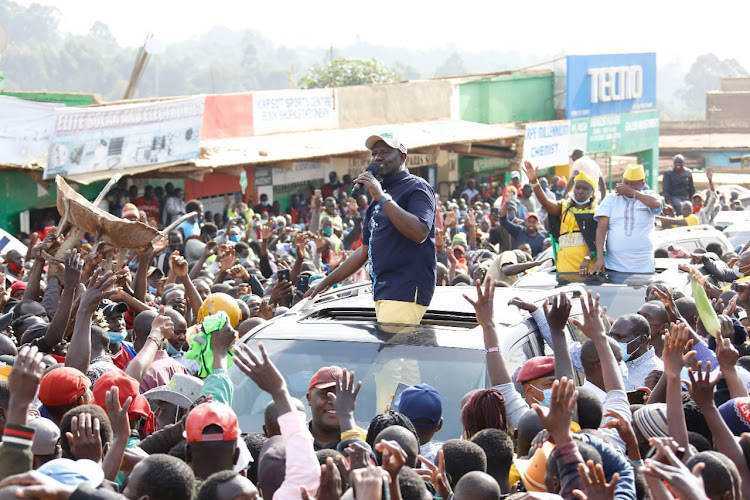 Ruto was boxed out of the Jubilee Party after the President launched a ruthless purge that also targeted his key allies last year.

The Star has established that after three years of the handshake, Jubilee and ODM have started taking steps to formalise the deal.

A crucial meeting bringing together Jubilee and ODM officials was held on Thursday where a deal was formally struck to start talks for a 2022 pre-coalition agreement.

Once the officials agree, they will then engage relevant organs for adoption and ratification.

Uhuru and Raila will witness the signing of the coalition agreement that will be deposited with the Registrar of Political Parties.

Electoral agency seeks to push for review of law on participation of citizens in diaspora
News
11 months ago
by SHARON MAOMBO Business Writer
News
19 June 2021 - 20:47