Nicotine pouches are popular with teenagers but are highly harmful to a developing brain and cause long-lasting addiction.

• Nicotine is a highly addictive drug that obstructs the developing brain and many teenagers are unable to quit, the World Health Organisation says.

• The Kenya Tobacco Control Alliance says because there is no age-verification system to curb illegal sale to minors, taxes are a welcome step. 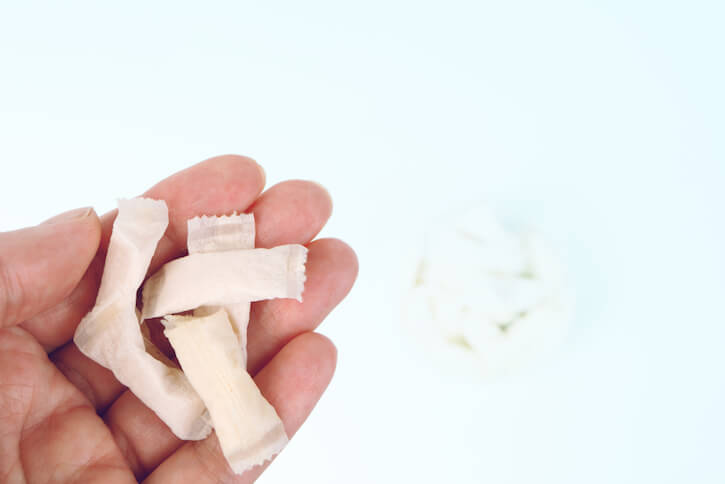 TAXED: Nicotine pouches come in different fruity flavours, of varying nicotine strength, and are harmful to the brain.

The government seeks to stop a growing nicotine abuse crisis among young people by introducing taxes on nicotine products.

The new tax, proposed by Treasury CS Ukur Yatani in the 2021-22 budget, has been welcomed by health and legal experts who have been pleading with the government to take action.

Nicotine is a highly addictive drug that obstructs a developing brain. Many teenagers are unable to quit, the World Health Organisation says.

“These new products do not fall in the classification of tobacco products existing in the Excise Duty Act and are, therefore, currently not subject to taxation,” Yatani said.

Nicotine pouches come in different fruity flavours of varying nicotine strength and are placed under the lips from where they release nicotine into the body.

“I propose to introduce excise duty on products containing nicotine or nicotine substitutes at a specific rate of Sh5 per gramme. This rate of excise duty is equivalent to the duty applicable to similar products under the Act,” Yatani said.

The Kenya Tobacco Control Alliance (Ketca) says because there is no age-verification system to curb illegal sale to minors, taxes are a welcome step.

“We thank the government for listening to tobacco control advocates, who have been advocating strict regulation and taxation of nicotine pouches. We have started on a good note and now look forward to the taxes going higher. All these harmful and addictive products must be taxed accordingly,” Ketca national chairman Joel Gitali said.

According to the World Bank Group’s publication, E-Cigarettes: Use And Taxation (2019), regulating new nicotine delivery products using excise taxation and restrictions on access and sale is a widely accepted policy action to prevent their harmful health effects.

Tobacco companies poured out nicotine pouches into the Kenyan market from 2018. They immediately became popular with teenagers because of their stylish packaging and sleek marketing on social media.

The International Institute for Legislative Affairs, a Nairobi-based legal think tank that works closely with Parliament to develop laws, also praised the decision to tax the pouches.

“We now appeal to Parliament to adopt the proposal, which has been included in the Finance Bill, 2021. The Bill should be passed with this proposal intact,” said IILA chief executive officer Celine Awuor.

In September last year, former BAT East Africa managing director Beverley Spencer-Obatoyinbo said they had opened talks with the Treasury and the Kenya Revenue Authority to have Lyft pouches exempted from excise duty for two to three years, and subsequently attract lower taxation than prevailing rates on cigarettes.

“My expectation is that there would be no excise on this category due to the size of foreign direct investment,” Spencer-Obatoyinbo had said.

"They do this by decreasing both supply and demand for a product via price increases,” he said.