More than 3,600 cows, goats and sheep are reared within prisons

• The tender documents were to be received on Wednesday at the Teleposta offices. 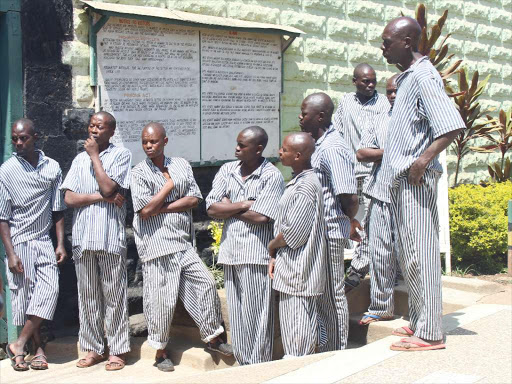 The Department for Correctional Services has announced a plan to sell its livestock through public auction.

More than 3,600 cows, goats and sheep are reared within prisons premises to add to feeding allocations for inmates.

“The Government of Kenya through the Ministry of Interior and Coordination of National Government (State Department for Correctional Services) invites eligible bidders for disposal of prison’s livestock for the financial year 2021-21,” a notice in the dailies said on May 25.

The tender documents were to be received on Wednesday at the Teleposta offices.

"In the past, managers used to pretend they have slaughtered and given them to prisoners while in actual sense they have stolen and sold them for individual profit," the source said.

Some of the animals are old and need to be sold and replaced with better hybrids.

Prisons has already acquired 50 premium breed dairy cattle and is getting rid of inferior breeds.

The animals will be raised at centres of excellence in Ruiru (sheep), Ngeria (dairy), and beef herds at Kamiti.

The country’s prisons host 55,000 inmates who consume 990 tonnes of meat every year.

Last year, prisons head of farming enterprises Patrick Kariri told the Star the goal is to cut the costs incurred on beef by half.

“We started this programme having realised the high expenditure for the government, yet we can raise the animals and consume the meat,” Kariri said.

In Kamiti prison for example, the service set up a beef farm with about 350 Boran cattle. The project started in 2018 with about 50 head of cattle acquired from the Agricultural Development Corporation.

In Nyandarua, the service is engaged in English potato farming, while Kitale, Eldoret, Shikusa in Kakamega county, and Uasin Gishu’s Ngeria grow maize.

The choice to auction the 3,600 livestock and not sell directly to Kenya Meat Commission has raised fears the government will not get value for money.

President Uhuru Kenyatta has directed all security agencies including the prisons to buy meat from the KMC. The aim is to empower cattle farmers, he said.