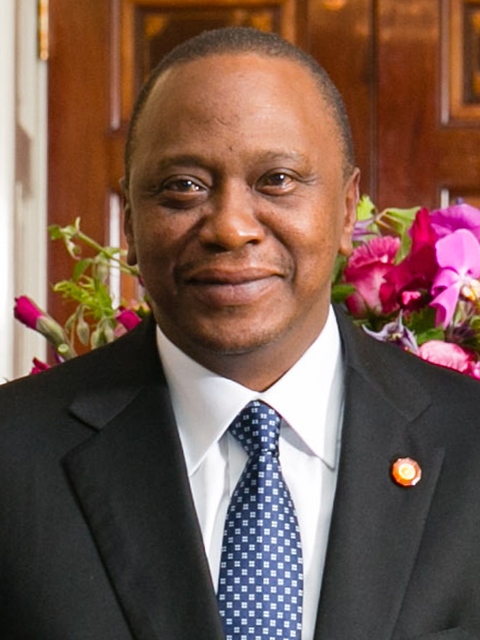 Discontent is said to be growing in one of the affiliate parties in One Kenya Alliance over suspicion that President Uhuru Kenyatta (pictured) might be taking the formation for a ride. Corridors has been informed that some officials of the party are questioning whether the President is still close to their party boss as was the case when the alliance was being crafted. Further, reports that one of the principals in the alliance has been meeting key political players alone has made the officials even more uncomfortable. The officials are suspecting the principal could be solely working on a plan to succeed the President.

Just how far can one go in wishing his/her boss bad luck? Corridors has learnt that a Deputy Governor in one of the ODM counties recently organised a drinking party in anticipation of 'taking' over the gubernatorial duties, following reports that his boss was unwell and undergoing treatment. The Deputy Governor and his friends engaged in hours of drinking and merry making as they strategised on how to assume office when the governor succumbs to illness. The same man recently bad mouthed his boss after having one too many in a forum where DGs were hosted by a senior political figure purportedly to scheme on fixing county bosses who have bad working relations with their deputies.

Were they playing politics or they were simply fooling us? These are the questions some members of a parliamentary committee were heard asking themselves soon after grilling a governor. The county chief, who comes from Rift Valley, was being questioned on the use of public funds by his administration. The session was heated, with the governor and his senator engaging in bitter exchanges. The senator accused the governor of abetting graft and the county boss hit back, turning the session into a shouting match. But soon after the meeting, the two greeted, laughed loudly as they hugged each other outside the room. The two were then seen walking into a popular restaurant for lunch. Some committee members wondered whether the two were simply fooling them during the grilling session.

A senator from one of the counties in Nyanza region is a wanted man. The legislator is running away from the ward representatives and voters in his county. He is said to use taxis whenever he is in his rural home to hide from his voters, who told him to never set foot in the county for never living up to his election pledges. MCAs on the other hand are accusing him of creating bad blood between them and the county boss. The senator recently said MCAs were hatching a plot to impeach the governor, a claim that the ward representatives disputed.