• Koimburi succeeds the late Francis Waititu, popularly known as Wakapee, who died in February after a long battle with brain cancer. 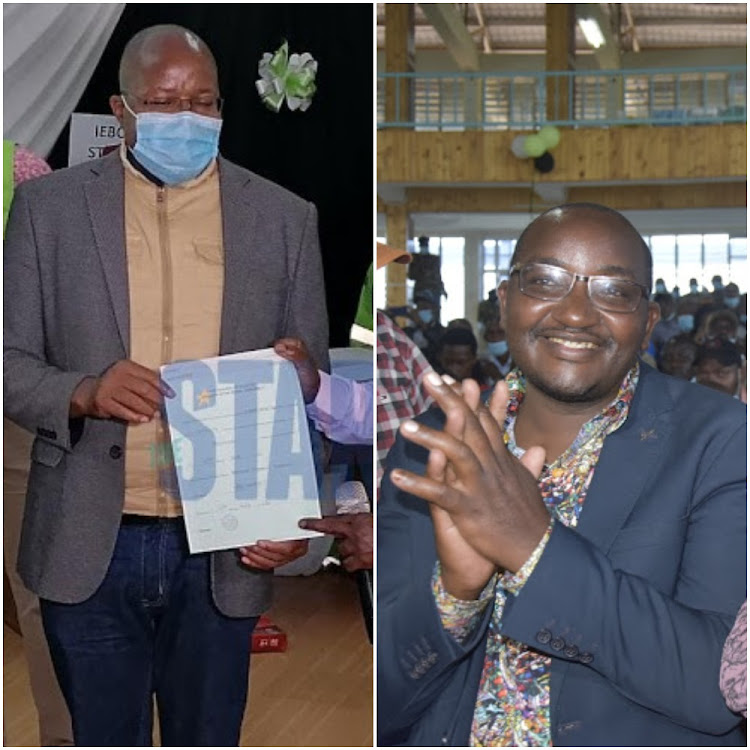 Pavel Oimeke and George Koimburi after results were announced in Bonchari and Juja.
Image: THE STAR

Winners in the recent Juja and Bonchari by-elections on Tuesday took oath of office as members of the National Assembly.

The swearing-in ceremonies of George Koimburi (Juja) and Pavel Oimeke (Bonchari) were presided over by Speaker Justin Muturi.

The new lawmakers were accompanied by MPs from their respective parties before the oaths were administered.

Koimburi succeeds the late Francis Waititu, popularly known as Wakapee, who died in February after a long battle with brain cancer.

Koimburi, of the little known PEP’s party associated with Gatundu South MP Moses Kuria, trounced Jubilee's Susan Njeri to emerge the winner in a contest that shocked the ruling party.

Koimburi contested against Wakapee in the 2017 elections on the Farmers' Party ticket but lost to the late lawmaker.