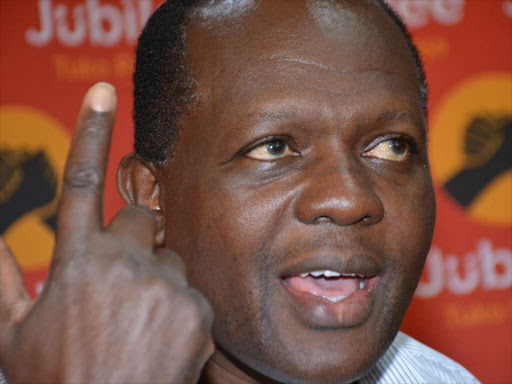 Fresh power games have erupted in the battle for control of President Uhuru Kenyatta's Jubilee Party, threatening to sink the outfit ahead of the 2022 polls.

Months after the ruling party launched a successful assault that vanquished Deputy President William Ruto's grip of the party, Jubilee is staring at another possible implosion.

This time,  Uhuru's allied MPs, christened Kieleweke, are pushing for a major overhaul of the party's leadership to steady the ship ahead of next year's General Election.

MPs who spoke to the Star say they fear that the party's popularity has nosedived over the last two years, dimming their chances of reelection on its ticket.

In a bid to shore up their fortunes, the Jubilee MPs want a radical surgery executed at the Pangani headquarters to revamp the outfit and position it as a formidable force in next year's polls.

Those of the idea claim that Jubilee's support is being chipped away to rivals allied to Ruto's Tangatanga wing.

These include the United Democratic Alliance and the People's Empowerment Party.

National Assembly deputy majority Whip Maoka Maore became the highest ranking Jubilee leader to admit that changes would be imperative for the party ahead of the next polls.

“The top priority of Jubilee at the moment is working on radical changes to the leadership. The changes will be done soon,” the Igembe North MP told the Star.

Jubilee secretary general Raphael Tuju also admitted that the party is gearing up for far-reaching changes to revamp itself as the country hurtles into the last 12 months before the General Election.

The Cabinet Secretary without portfolio said going forward, the party's approach on politics is tipped for a radical shift as part of the strategy to start revitalising it ahead of next year's polls.

“We will revitalise the party and there is no conflict between what the politicians are saying (about changes) and the position of the party,” Tuju said of the MPs' push for changes.

He went on: “If it means changes to be done then that will be done. It is normal.”

The Uhuru confidant said that while for the last couple of years Jubilee has shunned “high octane politics”, that would drastically change as the country gears to next year's election.

Exposing the simmering tensions in the party, the Star has learnt that a top Jubilee organ could have recommended to Uhuru—the party leader— to crack the whip.

The Jubilee Advisory Council—a supreme organ of the party made of key leaders of parties that merged— is said to have asked the president to overhaul the Jubilee leadership the soonest.

Although it is not clear who are targeted, the overhaul could claim some of the high-ranking party officials blamed for allegedly running roughshod on party affairs.

Although Jubilee Advisory Council chairman Albert Mbaka and his secretary Hassan Osman were not available for comment, a member of the panel let the cat out of the bag.

“A ruling party of a country cannot be reduced to a laughing stock due to poor leadership by officials whose allegiance and loyalty is elsewhere," said a member of the council.

The official who sought anonymity because of the sensitivity of the matter, insisted that time has come to salvage the outfit from imminent collapse.

“We want a grand house cleaning at the Pangani office for both staff and leadership. A ruling party cannot afford to walk aimlessly like a headless chicken,” he said.

While majority of MPs feared going on record for fear of reprisals, vocal Nyeri Town MP Ngunjiri Wambugu told the Star that Jubilee legislators will soon seize the control of the party.

The Kieleweke patron said time has come for politicians to take charge of what he termed as "the political aspects of the party.”

Appearing to lift the lid on the fears among MPs over the party's popularity, Ngunjiri said going forward they will tell off those trying to kill the outfit.

“As politicians we have the most stake in the party and we would not want to approach the next elections when the party is weak. When we see something wrong being done, we are definitely going to call it out,” he said.

Unlike other political parties which have serving MPs in critical leadership positions, Jubilee is governed largely by technocrats and officials without political positions.

The officials are managing millions of shillings annually from the exchequer and contributions from party members.

The Jubilee party received millions of shillings annually from the Political Parties Fund, managed by the Registrar of Political parties.

Because of Jubilee's numerical strength in Parliament, it is the single largest beneficiary of the funds having bagged Sh1.7 billion in the last four financial years. 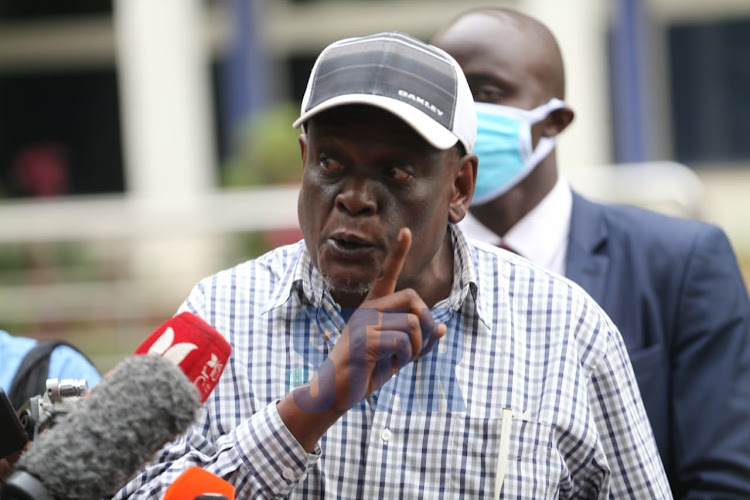 The Jubilee party was on Wednesday forced to issue a statement to deny claims that Murathe had resigned amid reports he could be targeted in the impending purge.

"Murathe remains our able vice-chair and continues to carry out his duties in that capacity, working diligently to fulfil his mandate as provided for in the party constitution," read the statement by communications director Albert Memusi.

There are reports that some top civil servants, especially those with political ambitions,  have hijacked party activities especially recent by-elections.

A senior government official with gubernatorial ambitions in Kiambu county is said to be among those interfering with the running of party affairs.

The official led Jubilee campaigns for the Juja by-election which the party lost to Moses Kuria's PEP.

Sources said the man was equally involved in the nomination of the Kiambaa by-election.

A similar script played out in Kisii where another government official is said to have taken over the campaigns.

In Juja, the President's backyard, Jubilee's Susan Waititu suffered a humbling defeat to George Koimburi of the People's Empowerment Party.

It was the same winning streak of landmark defeats as Ruto's UDA won the Rurii ward by election through Francis Githaiga against Jubilee's Peter Thinji.