Raila described the late sportsman as a great patriot who achieved a lot for the country in the field of rugby. 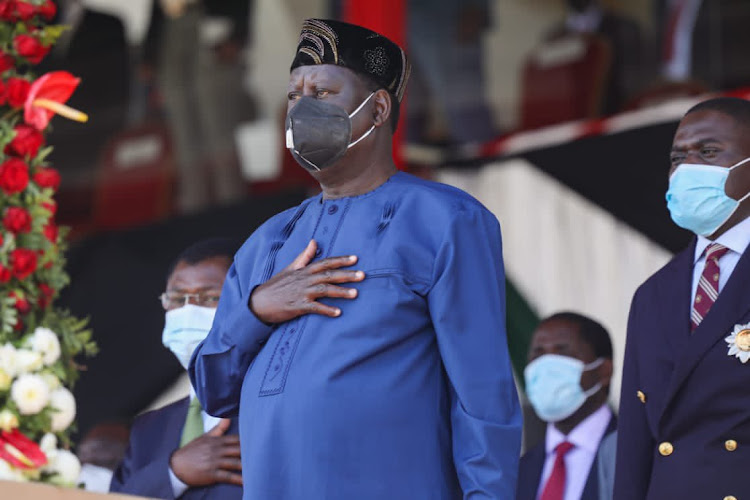 The ex-Kenya Rugby Sevens coach Benjamin Ayimba died at Nairobi Hospital where he has been undergoing treatment for cerebral malaria.

He died on Friday evening.

Raila eulogised the late sportsman as a great patriot who achieved a lot for the country in the field of rugby.

“We have lost a great patriot in Benjamin Ayimba. Prior to taking up coaching he had an illustrious career as a Rugby 15s and 7s international. As coach he led Kenya to their first World Sevens Series title when they beat Fiji at the Singapore Sevens in 2016,” Raila said on his facebook page.

“My heartfelt condolences go out to his family, friends and the entire Rugby fraternity. Rest In Peace Benja.”

Last month, the ODM leader visited then ailing Ayimba at the hospital after the family’s plea for financial assistance to support his treatment.

Kalonzo said the passing on of Ayimba is a big blow to the rugby fraternity.

"My sincere condolences to the Ayimba family and the entire rugby fraternity.Benjamin's dedication to the sport has placed Kenya's Sevens team on the world map," Kalonzo said.

Nairobi Senator Johnson Sakaja - who was in the forefront in mobilizing the Sh2.3 million needed for Ayimba’s treatment - also mourned the departed  iconic player and coach.

Makueni Senator Mutula Kilonzo Jnr said Ayimba left a mark which will be remembered for years.

“He will be remembered for his service to the nation as a player and coach Of the 7s team,” Mutula tweeted.

Siaya Senator James Orengo described the late player a super star whose contribution to the game of rugby was incredible.

“As an incredibly special part of rugby in Kenya, he will forever be remembered for his outstanding pace and skill, his strength as a player and coach, and his kind and genuine nature both on and off the field. May his soul rest in peace,” Orengo said.

Kitui Governor Charity Ngilu recalled events of 2018 when the rugby icon partnered with Kitui government during the Kitui7s tournament.

“As head coach, he led Kenya to its first ever World 7s Series title in 2016 in Singapore. Kenya trounced Fiji in the finals,” Ngilu said.

Before transitioning into coaching, Ayimba had a glittering career at Kenya 15s and 7s international.

He skippered Kenya Cup side Impala Saracens to the Enterprise Cup and Kenya Cup after a 26-year drought.

As the Sevens' coach, Ayimba's crowning moment was in 2016 when he led the team to their first World Sevens Series title where they beat Fiji 30-7 at the Singapore Sevens.

Prior to that, Ayimba had led the national team to the semis of the Dubai Sevens and an appearance in the finals of the Adelaide Sevens, both in 2009.

The Maseno School alumnus was early this year retained as the deputy coach of Kenya Harlequins, under head coach Antoine Plasman of Belgium.

Ayimba crowning moment was in 2016 when he led the team to their first World Sevens Series title.
News
6 months ago
by LUKE AWICH Political Reporter
News
22 May 2021 - 10:30