• Most of the delayed Jubilee projects are characterised by late payments to contractors, and troubles with land acquisition. 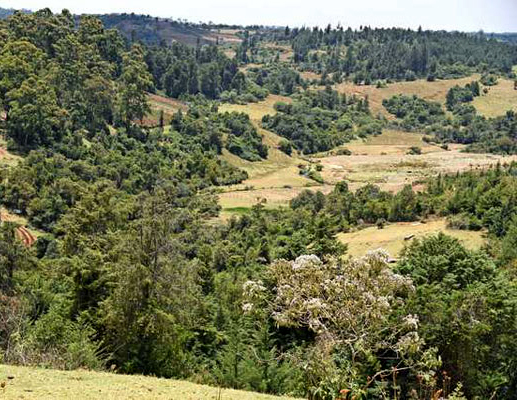 Fresh details have emerged showing at least Sh3.7 billion meant for the Kimwarer Dam construction could have been syphoned through personal accounts.

The Auditor General has revealed the Regional and Northern Corridor Development department never wired the money to the accounts of the Kerio Valley Development Authority.

State department records indicated the money was disbursed to KVDA, the state agency that was to pay for and implement the project.

However, a review of KVDA accounts showed the authority did not receive any money from the state department.

Her comments are contained in the report for the year ending June 2020, which was tabled in Parliament on May 13.

The findings may give credence to the concerns the monies could have been deposited in private individuals’ accounts.

The queried amounts totalling Sh8.1 billion were part of transfers by the government department to eight other entities.

Also part of the eight was a transfer to Ewaso Nyiro North River Development Authority, which received Sh1.4 million less than what the state department said it disbursed.

Gathungu said a review of the matter in financial year 2019-20 revealed officials involved were yet to reconcile the accounts – two years later.

“In the circumstances, the accuracy and completeness of the grants and transfers for the year ending June 2019 could not be confirmed,” the auditor said.

Gathungu further revealed the monies, borrowed from an Italian bank, Intesa Sanpaolo, were used to make irregular advance payments to the contractor in July 2018.

Neither has been built. 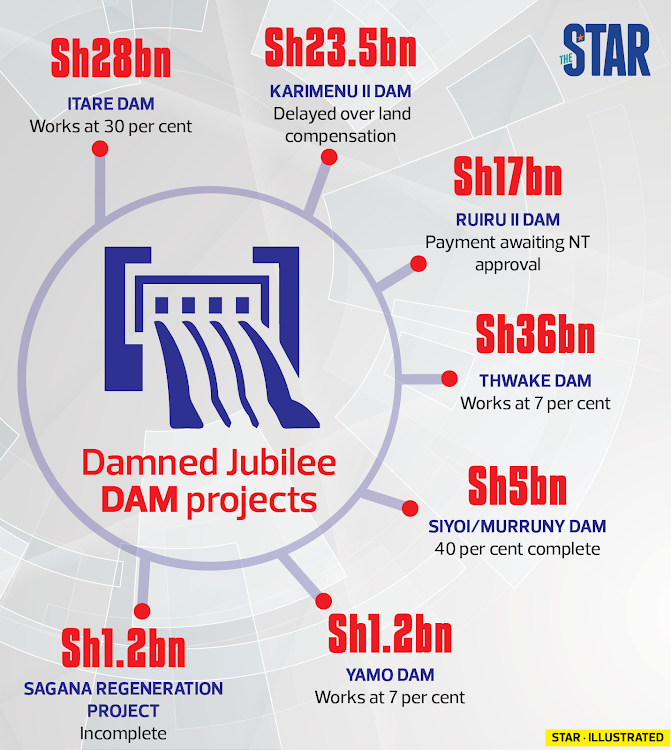 The government spent Sh12 billion to secure funding for the construction of the two dams to meet conditions for getting a loan from Italy.

Former Treasury Cabinet Secretary Henry Rotich earlier said there were set conditions before securing funding for the dams. He and others have been charged with economic crimes in relation to the dams saga, as well as improper procurement.

The contracts were to be executed in a joint venture of CMC Di Ravenna Societa Cooperativa, Itinera S.P.A and CMC Di Ravenna- Itinera.

Both Kimwarer Dam (Sh22.2 billion) and Arror dam (Sh28bn) were found to have been grossly overpriced.

The former was branded as neither technically nor financially viable, according to a report handed to President Uhuru Kenyatta in September 2019.

The case of the two dams, which were to built in Elgeyo Marakwet county, paints a grim picture of Jubilee mega dams projects

Most of the projects have been delayed, characterised by late payments to contractors and have troubles with land acquisition.

Most of the dams, which are under construction in various parts of the country, are less than 30 per cent complete.

The team led by Infrastructure PS Paul Maringa sought a fresh feasibility study of the project and also concluded the dam project was overpriced.

The Kimwarer and Arror Dam projects have been the subject of political discourse and saw the President and Deputy President William Ruto reading from different scripts.

Whereas Uhuru ordered a stop to the barely existent works whose cost increased by Sh17 billion, Ruto said due process had been followed in awarding the tenders and assigned costs.

It provides that accounting officers must ascertain that works, goods or services contracts are executed or delivered and accepted before any payments are made.

The Act says only an officer authorised by the accounting officer in writing – unless specified in the tender documents and contract agreement— can execute such payments.

The law further says that such advance payment – said to be around Sh21 billion for the Arror and Kimwarer Dams — shall not be made before the contract is signed. 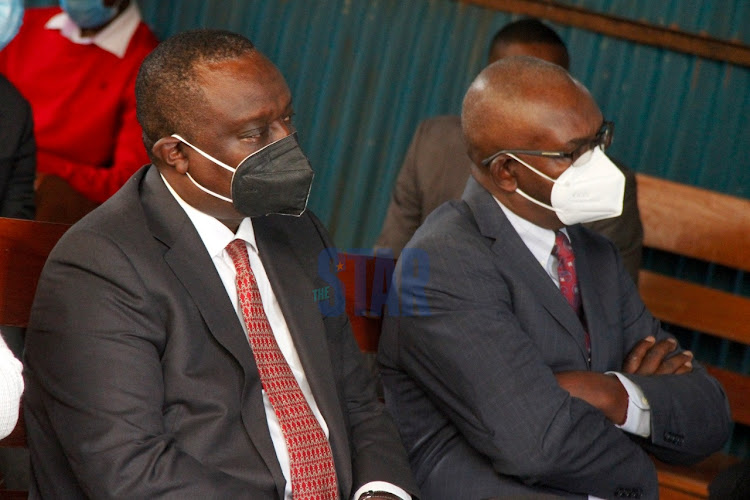 Rotich and ex-KVDA boss David Kimosop alongside senior Treasury officials are in court on charges of economic crimes related to the works.

The Treasury and KVDA officials are in court on charges of violating procurement rules and abuse of office in their award of the contract to CMC di Ravenna.

Last month, three Italian firms at the centre of the dams scandal sued Kenya at the International Court of Arbitration, demanding Sh11 billion for cancellation of the projects.

The trio operating as a joint venture moved to court in December seeking damages from KVDA, which may have not received cash from the latest audit revelations.

They also want the arbitrator to declare  President Kenyatta’s order for the termination of the dams tender was irregular and unlawful, and wants KVDA held liable for the projects' delays.

Rotich, in his defence, sought the inclusion of former Environment CS Judi Wakhungu, citing that he was only involved in the project at the tail end.

As the dam saga is yet to be resolved, data from the Water ministry paints a bleak future, revealing that the country’s water stress would be 81 per cent by 2030.

The data in the National Water Master Plan can be loosely translated to mean that by 2030, only 19 per cent of the country would have sufficient supplies.

It is projected that only Lake Victoria North and South, and Rift Valley would have sufficient supplies with stress levels at 28, 45, and 43 per cent, respectively.

The Northern Corridor department is also on the spot over unsupported pending bills of Sh2.5 billion chargeable to both recurrent and development votes.

Of these, the Auditor General says debts amounting to Sh2.4 billion had no supporting documents.

“In the absence of the supporting documents, it was not possible to confirm the authenticity of the pending bills and whether the bills are a proper charge to public funds,” Gathungu said.

Why Thugge threw Rotich under the bus in dams scam

Kimwarer was overpriced and neither technically nor financially viable
News
2 years ago
by MOSES ODHIAMBO Political Writer
News
19 May 2021 - 05:00