Lawyers say indictment for violation of the Constitution could trigger removal from office. 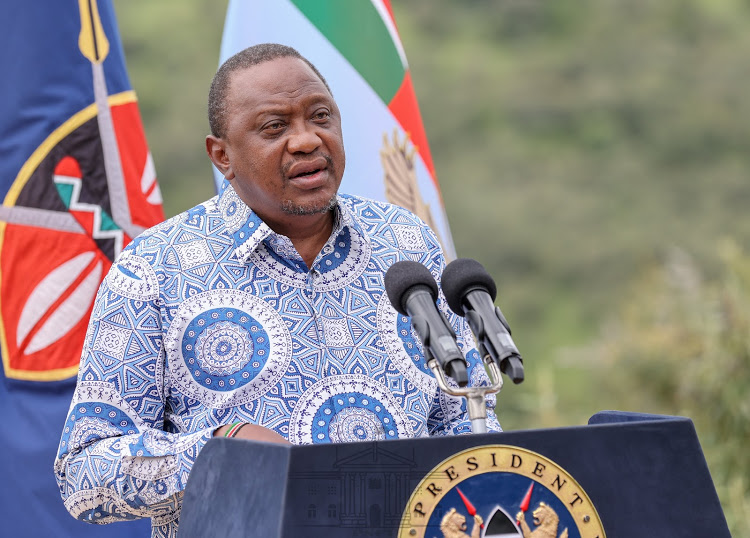 President Uhuru Kenyatta at a past press conference.
Image: PSCU

The High Court ruling that directly indicted President Uhuru Kenyatta for falling short of the leadership and integrity law could make him vulnerable for possible impeachment.

It has also merged that the declaration by a five-judge bench that the President can be sued in his personal capacity has been cited as another legal avenue that could see Uhuru hounded to court.

This even as it became clear that the landmark ruling delivered on Thursday night has dealt Uhuru and his handshake partner Raila Odinga a staggering blow as it may not be easily cured by an appeal.

Politicians and lawyers agreed unless the judgment by the High Court is successfully stayed by the Court of Appeal, the President's tenure could be halted by an impeachment.

A member of the National Assembly, supported by at least a third of all the members, may move a motion for the impeachment of the President.

If the motion is approved by two-thirds of members, it will be taken to the Senate for trial.

"If at least two-thirds of all the members of the Senate vote to uphold any impeachment charge, the President shall cease to hold office," the Constitution says.

Some commentators argue that the danger faced could be the glue that cements the Uhuru-Raila pact to ward off impeachment fears.

In an unprecedented move, the High Court made the radical determinations that now threaten President Uhuru's tenure 14 months to next year's general election.

The five-judge bench held that civil court proceedings can be instituted against the President or a person performing the functions of the office of President during their tenure of office in respect of anything done or not done contrary to the Constitution.

Legally, the President is insulated from criminal proceedings while in office.

The ruling on consolidated petitions against the Building Bridges Initiative push to amend the Constitution tuned out the BBI reggae and left the President with an egg on his face.

However, there is room for an appeal.

“The President is now very vulnerable to impeachment because the court did not allege that the President had violated the Constitution but indicted him, he is in a very precarious position,” lawyer Danstan Omari said.

Omari said someone is likely to petition to have the President declared unfit to hold the office for violating the Constitution and breaching the Leadership and Integrity Act. 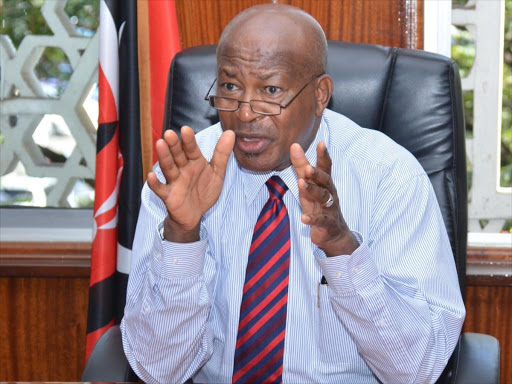 The lawyer blamed the government's legal adviser, Attorney General Kihara Kariuki, for misleading the President and exposing him to litigation.

“The President has continuously violated the Constitution, including disregarding court orders issued against him or the government. Most of his decisions have been overturned by the High Court,” Omari said.

“However, the President has always managed to overturn High Court orders at the Court of Appeal, Kenyans are watching if that would be possible this time round.”

But Nyeri Town MP Ngunjiri Wambugu - a key Uhuru ally - told the Star that the President is not worried at all about the High Court ruling as it was a “political judgment”.

“We will deal with that decision politically and legally and I can assure you that it will go nowhere,” the legislator declared.

He blasted the Court for what he termed making a ruling that had the hallmarks of trying to make a political 'statement”.

“Some of these judges hold a grudge against the President because they are yet to be sworn in as appellate court judges, their ruling was personal,” he said, adding that they have hopes the ruling will be overturned.

The judges cited about 20 grounds for nullification, including a declaration that the BBI task force that engineered the law change is an illegal entity.

Political risk analyst Dismas Mokua argued that the ruling would give the President impetus to manage the presidential succession in a manner that gives him peace of mind in retirement.

Unlike President Moi and President Kibaki who have enjoyed peace in retirement, Mokua said, Uhuru may not have that luxury unless the ruling is set aside in toto and he influences the 2022 outcome.

“It seems the High Court ruling had pillars of self expression by the judges outside petitioners' prayers," he said, adding that Uhuru has a strong ground for appeal.

But some lawyers say it will take a legal miracle for the government to secure victory in the Court of Appeal and have all the cited grounds overturned.

Bosek likened the orders issued by the High Court to the Ten Commandments. “You cannot break any of them and survive,” he told the Star

Murang'a Senator Irungu Kang'ata termed the High Court judgment “too comprehensive to be wholesomely overturned. Even if overturned, BBI morality is fatally wounded,” he said.