IT IS ALL SYSTEMS GO

Campaigns end in Bonchari, Juja ahead of Tuesday’s by-elections

•The Wafula Chebukati-led commission said the preparations are almost complete.

• Voters will only be allowed to the polling station if they have a properly worn face mask. 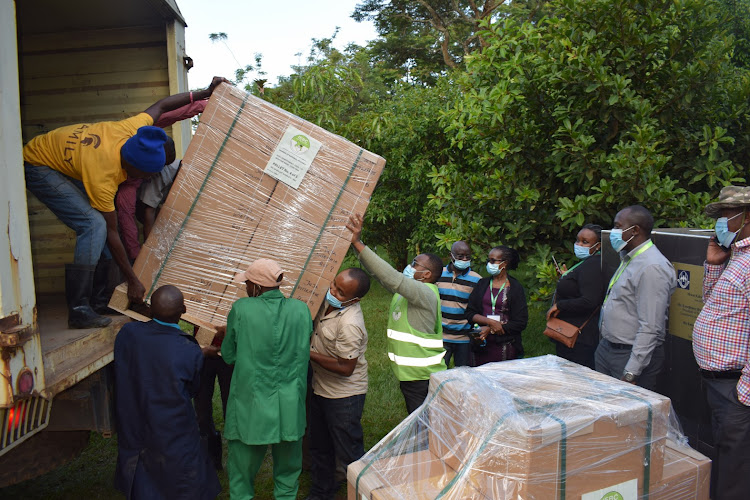 Ballot paper pallets arrive at Mangu High School in readiness for the May18 by-elections in Juja Constituency.
Image: IBEC

It is all systems go for Bonchari, Juja parliamentary and Rurii ward by-elections as campaigns come to an end ahead of Tuesday’s by-elections.

The IEBC has announced that all the campaigns end at 6pm Saturday and that no candidate or their agents will be allowed to continue with any form of campaigns past the stipulated time.

“Today is the last day of the campaign for the May 18 by-elections. By law, all campaigns should end 48 hours to the election date,” the commission posted on its Twitter handle.

Oyioka died on February 15 at a Kisumu hospital after a long illness. while Waititu succumbed to brain cancer after a long battle.

The leading candidates have been traversing the constituency in scaled-down group meetings due to the tough Ministry of Health regulations to curb the spread of Covid-19. Many are conducting door-to-door campaigns.

The trio of Oimeke, Bitutu and Opore has also deployed heavy digital campaigns on social media platforms as well as electronic media especially those targeting speakers of the Abagusii language.

The Wafula Chebukati-led commission said the preparations are almost complete.

Elections materials, including ballot papers, have been ferried to various stations ahead of the polls, which will be conducted in strict adherence to the Covid-19 protocols.

“IEBC is cognizant of the Covid-19 pandemic and has taken measures to ensure the safety of voters and polling officials,” the post reads.

The commission said that polling stations will have thermo-guns, sanitisers and handwashing points.

In addition, voters will only be allowed to the polling station if they have a properly worn face mask.