Decision was reached to avoid delaying the hearing of the matter 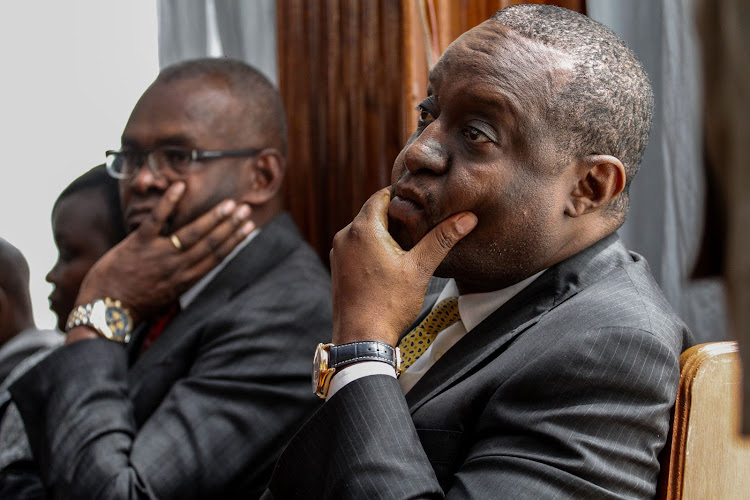 The Director of Public Prosecutions Noordin Haji has opted to charge and prosecute Italian directors implicated in the Sh63 billion Kimwarer and Arror dams case separately from former CS Henry Rotich and others.

Special Prosecutor Taib Ali Taib told the court that the decision was reached to avoid delaying the hearing of the case facing Rotich and others.

“We have taken steps to ensure trial proceeds without any hindrance by removing all accused persons who reside outside jurisdiction of the court and who have to date not submitted themselves to jurisdiction of this court,” Taib said.

In January this year, the DPP had explained to the court that Kenya had sought mutual assistance from Italy in its hunt for CMC Di Ravenna directors to come face charges in Kenya.

The Covid-19 surge in Italy had made it impossible for Kenya to pursue the firm's directors and have them extradited.

Taib on Tuesday told Anti-corruption court magistrate that the Italians now have a separate charge sheet and separate file from Rotich and former Kerio Valley Development Authority managing director David Kimosop, so that they may not withhold the proceedings in the current cases before court.

“We are in the process of uploading the new charge sheet to the website for access by all defence counsels,” Taib said.

The prosecutor mentioned that they have taken necessary steps to remove the names of those charges that have been withdrawn.

Among them is Treasury PS Kamau Thugge, who is now a state witness against his former boss Rotich, other state officials and directors of the Italian company implicated in the case. The other is PS Susan Koech. She is also a state witness

The new developments will require Rotich and others implicated in the case to plead afresh after the charges were substituted.

Taib said there are now three charge sheets. One on Rotich and others, the other on Kimosop and others and the third one on the Italian directors who are yet to be arrested.

Taib said they do not intend to consolidate the Rotich and Kimosop matters as the witnesses may not be the same in both matters even though the material is the same.

The accused will plead afresh in respect to the two dams case that cost the government billions of shillings on May 26 in open court.