Over 230, 000 farmers targeted for subsidies during long rains

Subsidies will be offered on fertiliser, certified seed, lime and agro-chemicals

• Farmer contribution stands at 60 per cent while the government subsidy is 40 per cent of input.

• Beneficiaries of the programme to be supported to graduate from subsistence to commercial agriculture. 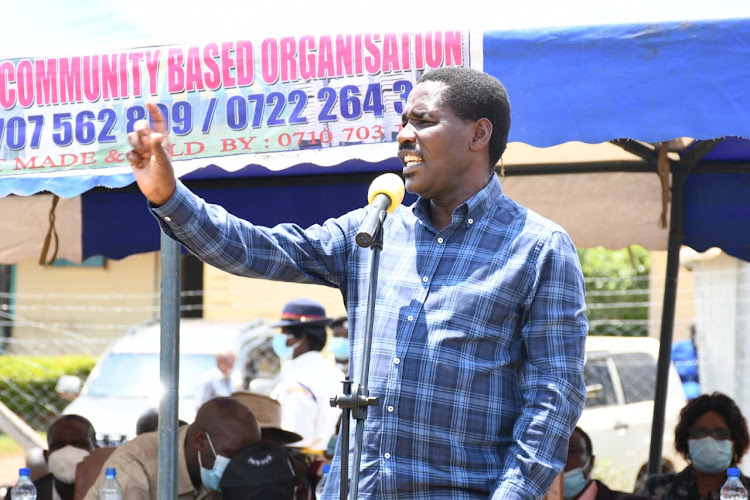 Over 230,867 farmers have been registered and are being targeted for consideration for an electronic fertiliser subsidy programme during this year’s long rains.

The programme launched last year in August is thought to be more efficient and effective.

Agriculture Cabinet Secretary Peter Munya in a brief to the Senate’s Agriculture Committee said aside from fertiliser, subsidies will also be offered on certified seed, lime and agro-chemicals.

“Farmer contribution stands at 60 per cent while the government subsidy is 40 per cent of input item under consideration,” he said.

Munya said the programme is expected to contribute towards nation food and nutrition security by increasing the production of cereals and cash crops namely; maize, rice, Irish potatoes, coffee, green grams and sorghum.

He said the beneficiaries will be supported to graduate from subsistence to commercial agriculture.

Under the e-voucher programme, several agrovets were registered with the government to participate.

Farmers will be issued with the e-vouchers through their mobile phones after validation by extension officers.

They will then be given a pay bill number for payments and receive a text message confirmation from Safaricom.

Farmers will then take the message to registered agro-dealers and get the farm inputs they require.

Once a farmer's payment has been made, it will trigger the government side that supports this programme, which will pay the balance to ensure the agro-dealer gets 100 per cent of the total amount needed for a given input.

The government has been implementing a fertiliser subsidy for over a decade but the current model has been inefficient and largely public sector-driven in the importation, storage and distribution through the National Cereals and Produce Board.

The impact has remained minimal, failing to realise the food and nutrition security targets.

The government has often been unable to reach all targeted farmers who are effective, with some getting the fertiliser out of season.

Further still, the programme has previously focused mainly on fertiliser and less on other inputs.