Nelson Havi says if Koome sues him, she should serve him personally

• Last week, Koome said she would sue for embarrassment, ridicule, and odium arising from the memoranda Havi had submitted to the JSC accusing her of inability to act as judge independently of the execution.

• But Havi says his comments were privileged and in public interest 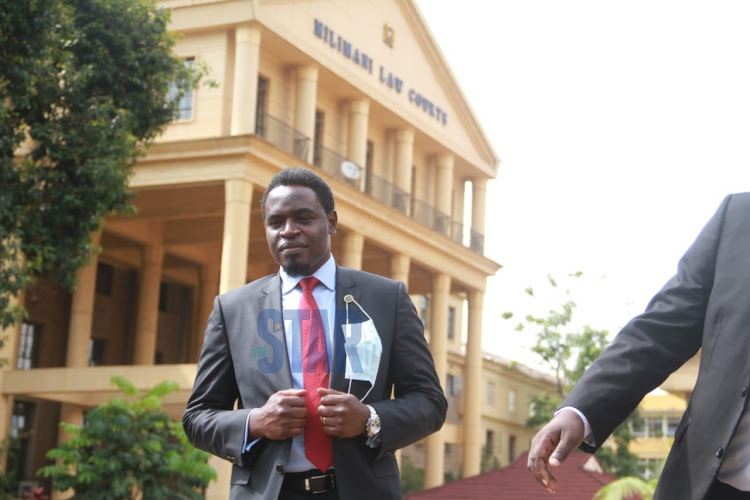 Law Society of Kenya president Nelson Havi will neither withdraw his claims to the JSC against Chief Justice nominee Martha Koome nor apologise to her.

In a letter responding to a demand by Koome’s lawyers that he apologises or be sued for defamation, Havi said his comments about the Court of Appeal judge were privileged and in public interest.

Last week, Koome had indicated to Havi that she would sue for "embarrassment, ridicule, and odium" arising from the memoranda he had submitted to the Judicial Service Commission accusing her of inability to act as judge independently of the Executive.

Havi had questioned Koome's impartiality, independence and integrity. He argued her conduct makes her unable to ward off influence, especially from the Executive, and act independently.

Koome complained that the allegations by Havi were defamatory and that she would sue him.

But the LSK  president on Monday said the judge’s threat to sue while performing his official function was ill-advised and showed she was “intemperate and insensitive to the weight of the office” she is about to occupy.

Havi claims the threat by the judge was aimed at stifling his voice not to submit the same or any other memoranda about her to the National Assembly, which has already called for public participation ahead of her vetting.

He went on to question Koome's credibility, saying that even the now-defunct Judges and Magistrates Vetting Board let her continue serving by a whisker.

"Nothing indicates that she has improved on her integrity to continue serving, he said. In the event that Koome chooses to sue her, she should serve him personally," he said.