• He said even though he sits on Labour Court, the matters he has dealt with go beyond employment issues to touch on constitutional interpretation. 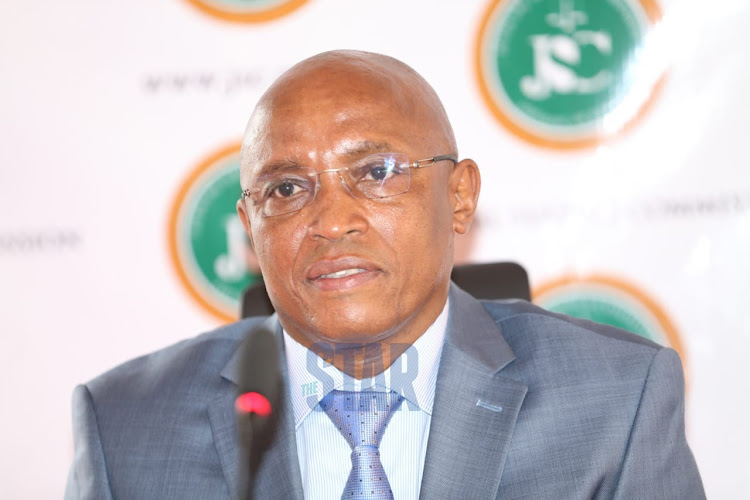 Justice Mathews Nduma Nderi when he appeared before the JSC for the interview of the post of Supreme Court judge on May 4, 2021.
Image: FREDRICK OMONDI

Justice Nduma Nderi on Tuesday said his more than 30 years of work as a prosecutor, defence attorney, civil litigator and Labour court judge make him suitable to join the Supreme Court.

Justice Nderi also cited his experience as a judge for eight years in Swaziland, experience in diplomatic relations and study of international law as strengths.

He said even though he sits in the Labour Court, the matters he has dealt with go beyond employment issues to touch on constitutional interpretation.

Justice Nderi said he has used Supreme Court decisions as authority to guide him and that allowed him to be well versed with the court’s thinking.

He also said having successfully defended the promulgation of the Constitution of Kenya before the East African court gives him an upper hand in constitutional interpretation.

The judge told members of the Judicial Service Commission that he prefers if the Supreme Court draws its membership from across different superior courts for diversity.

He gave the example of the Colombian supreme court which he said draws members from diverse courts.

Asked what he thinks about people from the academia being hired at Supreme Court, he seemed to favour those with judicial experience.

“Academia people have intelligence and if they have a little judicial experience, they can make very good judges but a lot of experience I have is they appoint them when they have experience in  the Judiciary,” he said.

Judge Nderi noted that one significant challenge the Supreme Court faces is the public perception of corruption and lack of rigour in its judgements.

“Efforts should be made to talk to people, even using mediums such as radio in Swahili, to enlighten them on what the apex court is doing,” he said.

Asked about the perception about the Labour Court he heads favours employees over employers, the judge said that is because of slanted reporting by the media.

He said the court does not favour any party over another and the said perception might have been as a result of failure by media to report cases where employees have lost and only reporting ones where the employees have won.