Says he is a Christian believer and God did not intend for homosexuality to exist.

• Nyaberi Patrick Lumumba said a High Court decision that allowed gay people to register an organisation conflicts with the Constitution, which says Kenya is a God-fearing nation.

• He sympathises with intersex persons. 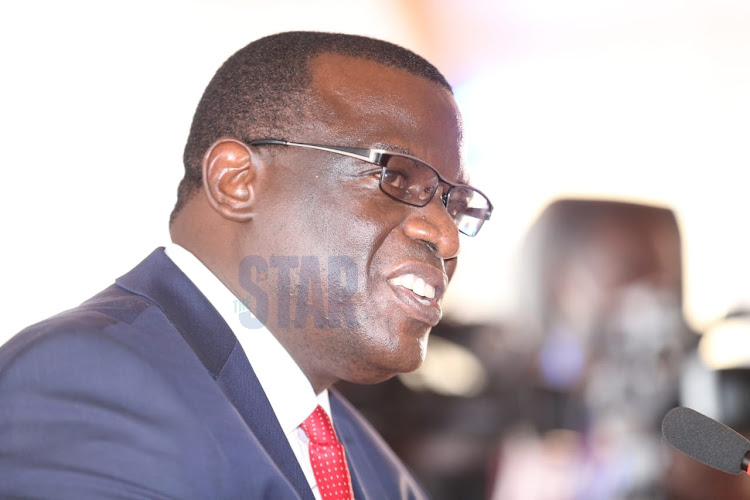 Dr Nyaberi Patrick Lumumba before the JSC for the interview of the post of Supreme Court judge on May 4, 2021.
Image: FREDRICK OMONDI

A lawyer interviewing for a seat on the Supreme Court bench on Tuesday made disproved claims that most gay people have psychological problems, hence, their sexual orientation.

Nyaberi Patrick Lumumba brushed aside arguments made in cases about LGBTQI issues that gay sex is not a disorder or illness or an abnormal act as read to him by Judicial Service Commissioner Everlyne Olwande.

The commissioner put it to Lumumba that the argument suggested homosexuality is simply a variant of human sexual behaviour determined by physiological, biological and social factors — and should not be criminalised.

Nyaberi said he does not believe in that argument and described homosexuality as an abomination. He has a PhD in business and is studying for a doctorate in law.

He said a High Court decision that allowed gay people to register an organisation conflicts with the Constitution, which says Kenya is a God-fearing nation.

“Even in the [Supreme] court [if I get the chance], I will be firm that God created man to be man. The way he created us he knew why. I will not criminalise it but those people need assistance.”

However, he said he sympathises with intersex persons, saying they were created differently. He said they should be registered as third gender.

“I feel for them but people who are moving from their normal position to another we need to look at that,” he said.

He blamed the persistent problems of a backlog of cases on corruption and unnecessary rules and regulations put in place by the Judiciary.

Lumumba promised to solve the problem in six months if appointed as a Supreme Court judge and gave six recommendations.

“The road on which justice travels is the only challenge Judiciary has because it is narrow, it is muddy and because of that we have backlogs and corruption. Problems of backlog and corruption are not systemic but one arising out of this narrow road,” he said.

In other arms of government there have been changes but not in the Judiciary, he said.

Nyaberi said that the Judiciary should start off by harmonising all the rules of procedure, practice rules such that documents that are filed in the magistrates court and High Court and Supreme Court are the same.

This, he said, helps in knowledge management and when one appeals the original case document will move from one court to another without one having to file fresh documents.

Parties should be encouraged to file all documents in a case starting with plaint, authorities, submissions and exhibits all at once to avoid the intermittent filing of documents.

Once the documents are filed by all parties in 30 days then the court can give judgment in another 30 days so that matters can be determined in 60 days, he said.

Lumumba disagreed with criticism of the decision that nullified President Uhuru Kenyatta's election victory, saying he agrees with the decision of the court.

On the issue of jurisdiction of the Supreme Court, he said since the rules governing election petitions emanate from the Constitution, that gives it jurisdiction to handle them.

Lumumba had submitted several writings among them an article about problems Kenya has in enforcing genetic resources.

Commissioner Macharia Njeru doubted the relevance of the writing as evidence of his ability to write judgments if appointed to the Supreme Court.

He believes that God wants him to change the Judiciary to ensure the poor person in Kisii will get justice.

“I have even come up with a strategic mission to do in the Judiciary and I thank God for giving me this opportunity,” he said.