• A khaki envelope bearing 198 forged Euro notes in 100 denominations, hidden between the driver's and co-driver's seats. 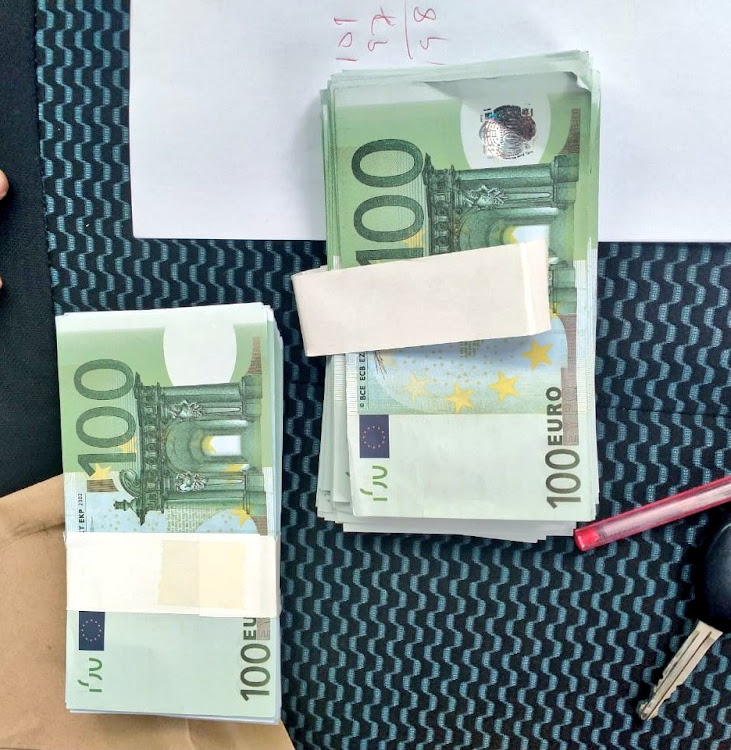 Fake Euros that the DCI recovered from the two foreigners arrested on Monday in Nyali, Mombasa.
Image: TWITTER/ DCI

Two foreign nationals have been arrested after being found with bundles of fake Euro notes on Monday in Nyali,Mombasa.

This is following an intelligence-led operation by DCI's Transnational Organized Crime Unit detectives.

"The two Jamil Salman Abdul, 43 and Tesfawork Ermias Dogso, 30, were also found to be operating within the country illegally," DCI said. 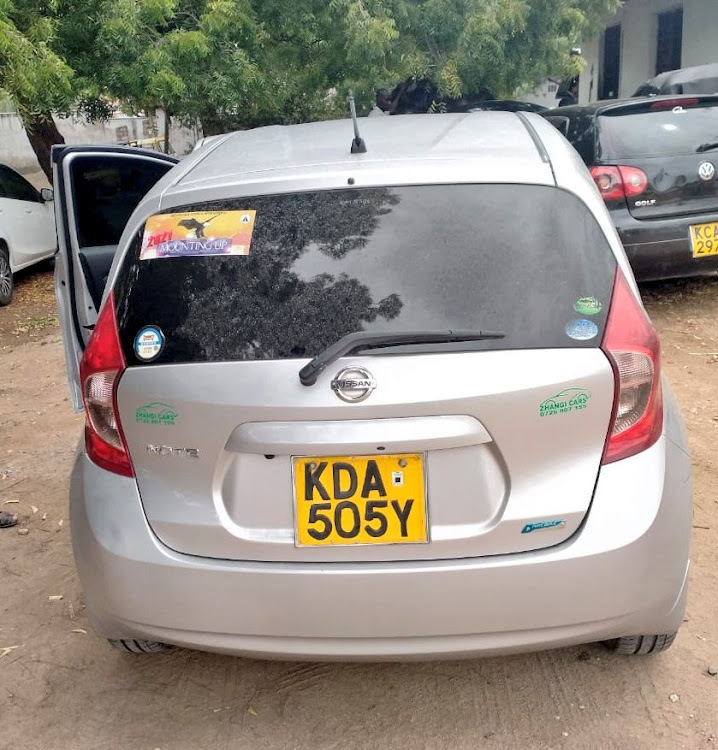 A Nissan Note, KDA 505Y occupied by the two foreigners arrested by the DCI on Monday in Nyali, Mombasa.
Image: TWITTER/ DCI

DCI added that the search which was conducted after intercepting a Nissan Note, KDA 505Y occupied by the two, led to the recovery of a khaki envelope bearing 198 forged Euro notes in 100 denominations, hidden between the driver's and co-driver's seats.

"All the notes bore similar serial numbers - BCE ECB EZB EKT EKP 2002 - and more are believed to have been used in defrauding unsuspecting Kenyans," DCI added.

As interrogations on the suspects continue, the exhibits have been secured pending production in court when the duo will be charged, DCI concluded.

Last week, two men were arrested after they were found in possession of fake currencies worth Sh750 million.

The men identified as Samuel Maina and Boniface Mungai were arrested from an apartment in Kilimani area where they had kept the fake papers in Kenyan, US and Euro bills.

The money was kept in metal boxes.
News
2 weeks ago
by TRACY MUTINDA Lifestyle, Entertainment Writer
News
03 May 2021 - 22:00