Says contracting parent could be compensated for breach of contract

• Justice David Njagi Marete said the woman who conceives and bears the child has stronger rights to the contracting mother.

• Marete said surrogacy is not limited to the contract but involves the human rights of the child born and the surrogate mother. 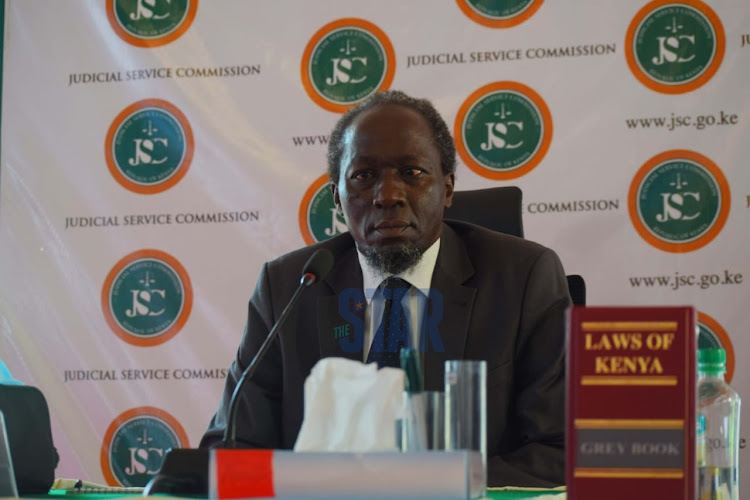 Justice David Njagi Marete during his interview for position of Supreme Court Judge before the Judicial Service Commission on May 3, 2021.
Image: CHARLENE MALWA

Justice Njagi Marete said the woman who conceives and bears the child has stronger rights to the contracting mother.

“I have contracted to bear your baby. Who has a superior right to it? Ultimately the [birth] mother is the one who has a bigger stake in the entire matter,” Marete said on Monday during his interview for the Supreme Court judge.

Marete said surrogacy is not limited to the contract but involves the human rights of the child born and the surrogate mother.

He said the contracting mother could be compensated for breach of contract.

"In the instance, case contract is not the primary issue but human rights issue. If the surrogate mother decides to make an about-turn, it would just be a breach of contract and the other party can get what they ought to get in so far as the breach is concerned," he said.

Judge Marete was responding to questions from Judicial Service Commission members during his interview.

Describing himself as a peacemaker, Marete said he will bring collegiality to the Supreme Court if appointed to serve in the top court. He would come to the office with over 40 years of practising law. He said he is a superb leader.

Emotional intelligence, he said, is what is needed the most because the element of one’s relationship is what will carry the better part of what one does.

Marete said that one might have a high IQ but if he or she lacks emotional intelligence, then the smartness will be of no use to anyone.

He prides himself on his organisational skills which he plans to offer at the Supreme Court.

Initially opposed to increasing the number of Supreme Court judges to nine, Marete said he has since realised that it is a necessary and sensible proposal.

The court could be improved by two other judges and maybe in future two more to take it 11 judges, he said.

He advocated judges to write their own rulings in cases before the bench to enrich the decisions.

“We all come out with our respective thinking and society will come up with a way of merging it.”

“There may be areas where the court is called upon to give advisory opinions which are issues the court can come up in unison,” he said.

Marete said he supports the performance management tools the Judiciary staff is being subjected to, saying it is the way to go.

“I have not seen any resistance to performance management and those of us who are well intended are fully in it.”

The judge also was asked about Kirigi Tented Primary School, which is run by his family.

He said the idea was mooted to give back to society because his education in one way or another was contributed to by society.

“In this status and being so endowed, I thought the best thing is to come up with that school so that everyone is able to get an education,” he said.

His family wanted to put up a university but chose to start at the primary school level.