Taxpayers to fork out Sh22bn for MPs’ personal allowances, trips

Over half a billion to be allocated towards hospitality, Sh4.2 billion for development

• Senators’ personal allowances have been capped at Sh1 billion with the office of the Senate Clerk budgeting with Sh872 million.

• Members of the National Assembly and staff will take home Sh5.56 billion of the personal allowance budget. 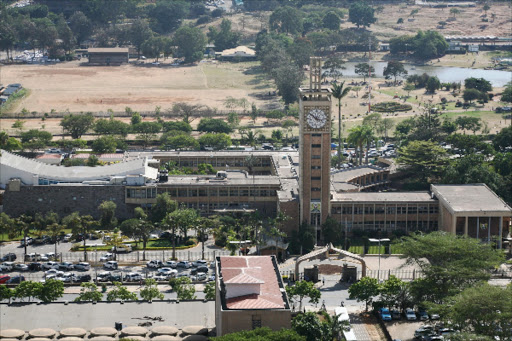 An aerial view of Parliament Buildings in Nairobi.
Image: FILE

The Senate and National Assembly have been allocated Sh22.6 billion for personal allowances, local and international travel and hospitality in the next financial year.

In the proposed Sh46.6 billion budget for the two Houses, Sh10.3 billion is for personal allowances, Sh11.8 billion for local travel and foreign trips and Sh560 million to entertain guests to the various offices.

The perks are for all the 416 MPs and their staff. The estimates were tabled last Thursday.

The Parliamentary Service Commission has set aside Sh4.2 billion for development projects. These include the furnishing of the new office block it has built for years. The completion date was January 2018.

An integrated security management system and a master plan for the centre for parliamentary studies are other key development projects.

Members of the National Assembly and staff will take home Sh5.56 billion of the personal allowance budget, with another Sh256 million in reimbursements.

Senators’ personal allowances have been capped at Sh1 billion, with the office of the Senate Clerk budgeting with Sh872 million.

National Assembly Clerk’s office has been allocated Sh1.3 billion and another Sh11 million in personal allowance paid as reimbursements.

Parliamentary Joint Services – the administrative arm of the Legislature – has Sh1.5 billion set aside for personal allowances to staff and another Sh8 million in reimbursements.

Taxpayers will also dig deep in their pockets to fund MPs’ domestic travel at Sh4.1 billion and Sh159 million for foreign trips.

Senators have been allocated Sh1.1 billion for their local travel and Sh233 million for foreign trips while its committees will cost taxpayers Sh593 million and Sh452 million in local and foreign travels respectively.

Sh102 million has been set aside for Senate Speaker’s office's local trips and another Sh173 million for the speaker’s foreign journeys.

National Assembly speaker’s office has been allocated Sh160 million for local travel and other transportation costs; and Sh212 million for trips abroad.

MPs and staff – including the joint services, have also been proposed Sh342 million to travel in and out of the country for outreach, wellness, and sports.

Sergeants-at-arms, Hansard and audio officers, legal officers; budget office among other offices that support legislative work, have also been allocated millions for trips.

In the Parliament’s Sh560 million hospitality budget, the PSC secretariat has the highest allocation at Sh90 million.

The budget has been drawn as the Salaries and Remuneration Commission is seeking to abolish, merge, and restructure allowances in the public service sector.

SRC said it was alarmed that allowances paid to civil servants have risen from 31 to 243 in 10 years and is working to cap extra perks at 40 per cent of basic pay.

“We have about 48 per cent allowances. However, we have institutions that pay more than 100 per cent,” SRC chairperson Lyn Mengich said at the launch of the allowances review.

Parliament has been under sharp focus over its hefty allowances, especially sitting allowances paid for committees and plenary attendances.

It is among the entities targeted in the review by SRC in efforts to reduce the country’s wage bill presently at Sh820 billion a year.

A court in December last year ordered the 416 MPs to refund Sh1 million each in illegal house allowance.

Activist Okiya Omtatah and a host of NGOs challenged the allowance on grounds it would cost taxpayers more than Sh1.2 billion annually.

The litigants argued that it would mean the MPs are getting a double benefit since house allowance is part of MPs’ gross pay.

Justices Pauline Nyamweya, Weldon Korir and John Mativo held that PSC’s decision to facilitate the allowance was beyond its constitutional and statutory mandate.

The International Monetary Fund, in its recent approval of the Sh255 billion loan to Kenya, recommended a review of allowances paid to public sector workers.

Parliament says the budget is to facilitate members in achieving their constitutional mandate and promote parliamentary democracy.

The National Assembly accounts are set to get a total of Sh26 billion while Sh8.97 billion will go to the Senate.

The allocations for the two houses are Sh3 billion and Sh2.5 billion more respectively compared to the last financial year.

Joint Services’ vote will account for Sh11.6 billion part which development would be for the provision of physical facilities and other infrastructure.

The assembly is also planning to spend the cash to source modern facilities, fumigation, contracted security personnel, cleaning, and collection of garbage.

The estimates are also for the supply of uniforms; routine maintenance of vehicles, buildings, plant, and machinery; establish Bunge gardens; revamp catering facility.

Digitisation of external and internal correspondences and investment in live broadcasting of committee meetings have also been budgeted for by Parliament.

The assembly will buy more vehicles; fund outreach and wellness programmes and such as speaker’s roundtable with Kepsa, KAM, Editors’ Guild, Media Council and KPJA.

Also provided is Sh20 million for benefits to retired MPs.

The over 240 allowances being paid to civil servants will be reduced to 10 clusters.
News
2 months ago