A WIN FOR JUSTICE, WOMEN

• She has a strong record of accomplishment in the promotion of human rights, and in particular, the rights of women and children. 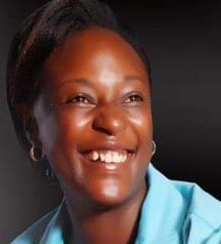 Kenya has been thrust into the international limelight following the nomination of appellate judge Lady Justice Martha Koome as the next Chief Justice. If Parliament approves her nomination, she will make history as Kenya's first woman Chief Justice.

As expected, her appointment has elicited a lot of excitement within civil society, where she cut her teeth as a human rights defender across the region. Lady Justice Koome is a woman of outstanding achievements.

She has a strong record of accomplishment in the promotion of human rights, and in particular, the rights of women and children.

On joining the Judiciary, she demonstrated this continued commitment to human rights and exceptional management skills.

Koome  is a role model for girls and young women from rural areas, the majority in our country. Her nomination attests that one can rise to great heights in their chosen area/profession/field of interest, no matter their backgrounds.

Watching and listening to her being interviewed, I had hoped she would be nominated CJ because she was a great example of sharing one's thoughts and views in an interview.

She was calm and poised. She was, in my opinion, feminine and authoritative, qualities that are not always put together, especially for women.

While I believe she will excel, there is the question of what women's leadership entails. I think she will have her style and approach, but it will be no mean feat, as she carries the aspirations of 52 per cent of Kenya's population.

The Judiciary has over 5,000 staff. Significantly, women lead key sections. Interestingly, neither the State of the Judiciary Report nor the Public Service Commission reports make it possible to fact check gender parity in the Judiciary.

Nonetheless, the visibility of women in leadership is greatest in this arm of government compared to the Legislature and Executive.

This piles on pressure to demonstrate to Kenyans the nature of women's leadership.

Part of seeking gender parity is to ensure society is represented (men and women), with the assumption that each gender brings different views to the decision-making table.

The extent to which 'more women' in the Judiciary results in better practices needs to be carefully assessed.

This includes the client-focused issues around facilities in courts, jurisprudential matters  and internal issues of applying feminist leadership and human resources management that is fair and just, among others.

Other institutions should normalise the possibility that there can be more women than men in leadership without lists and celebration of how unique this is.

Affirmative action in education particularly is yielding results, with more women accessing higher education and excelling in their fields.

Many other women in civil society and the private sector can bring value to the public sector, and public institutions should not shy away from recruiting women leaders at the top from non-state institutions.

As Kenya celebrates the CJ's nomination, a cursory glance at women's achievement this early in the year proves the mantra that 'the future is female'. It has been a long road since the first Women's Conference in 1975.

The unanimous adoption of the Beijing Declaration and the Platform for Action of the 1995 Fourth World Conference on Women in Beijing, CSW and the Maputo Protocol are achieving women's empowerment, attaining equality between women and men and eliminating all forms of discrimination against women as fundamental human rights.

There are great expectations of Justice Martha Koome in her new role to promote and protect human rights, or in a word, the Constitution of Kenya, no matter the political challenges this may face.

The author is a development consultant and human rights promoter