Ainea Ojiambo was shooting at his attackers but missed target, the bullets hit a watchman and a bystander 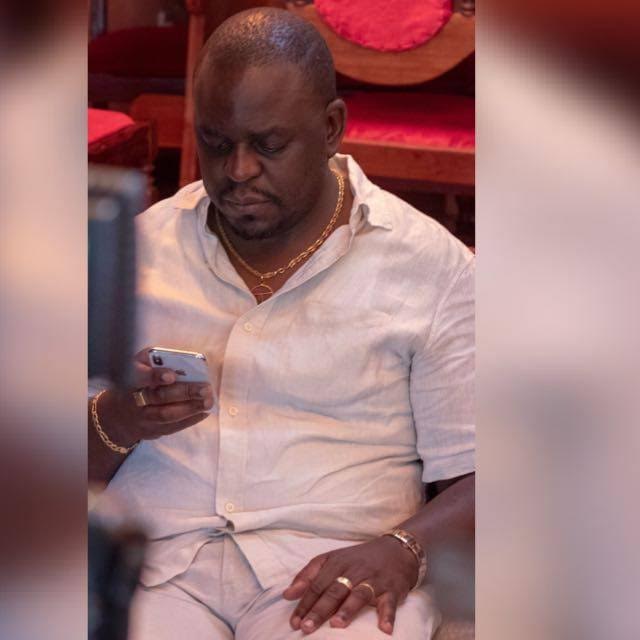 Actor Ainea Ojiambo was Friday night released by police after he was involved in a fatal shooting incident in Nairobi city centre.

Ojiambo acts in the Makutano Junction and is known as Snake. He is a licensed gun holder.

He was granted police bond as investigations into the shooting along Moi Avenue continues.

A guard and a bystander were shot and seriously wounded in the shooting incident.

The guard was shot in the eye while the bystander was hit in the hip after Ojiambo fired as he struggled with a gang of three who wanted to rob his neck chain.

The guard died in hospital, officials said. The incident happened on Friday at about 4.30pm. Ojiambo was engaging an unknown woman when the attackers struck.

The area is usually crowded at such time. Ojiambo reported to police on Saturday as a follow-up to the probe that is ongoing.

Police recorded his statement alongside five other people who witnessed the incident. The investigation file will be taken to the Director of Public Prosecutions.

“We will know the way forward after the DPP gives his word on the probe file,” an investigator said.

It emerged a third person believed to be one of the men who attacked Ojiambo was shot and wounded. He is however yet to seek medical attention.

Police have appealed to anyone aware of an injured victim to report to them. This was noticed from bloodstains that were seen from the scene of the shooting towards downtown where the group escaped.

A CCTV footage that captured the incident showed Ojiambo talking to a woman on a sidewalk before three men approached him and tried to grab his gold chain.

One attacker held the chain and his accomplices pushed the woman away.

Ojiambo quickly reacted, shoved them aside and pulled his gun and shot at the attackers who scampered for safety.

The video shows Ojiambo reaching for the neck chain that apparently fell on the ground and a face mask before he returned the pistol to safety.

It was then that he realised the bullets he discharged had hit a guard who was seated a few meters away and a bystander.

Friends of Ojiambo who is also known as “OJ” said he felt sorry after learning he missed the target and instead hit innocent people.

Police arrived at the scene moments later and saved Ojiambo from an angry crowd that wanted to lynch him. They accused him of being trigger-happy.

But Ojiambo explained to them that he was aiming at a gang that had attacked him in vain.

It forced police to lobe teargas canisters at the mob that had turned violent. Ojiambo was then taken to Central police station. The injured were rushed to hospital.

Police later said Ojiambo was acting in self-defense and had no intention to shoot at the victims.

“He fired two bullets which missed his targets and instead hit two other people. The matter is being looked into for now,” said an officer who is aware of the probe.

His pistol was taken away for forensic analysis. Police said they recovered spent cartridges from the scene.

Ojiambo's lawyer Cliff Ombeta arrived at the station on Friday and returned on Saturday and produce his client if and when needed.