•Group says they are hurt that national television stations, radio stations and print media are awash with earth-shaking news of corruption scandals on a daily basis.

•In face of the unemployment situation, the consortium is demanding a change of tact by the government and has laid down radical proposals for state agencies. 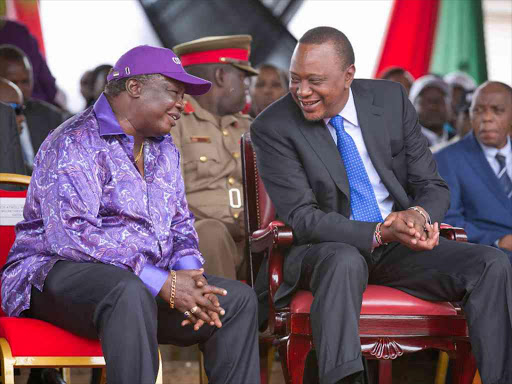 A group of youth has hit out at Cotu boss Francis Atwoli over the place of Labour Day in addressing unemployment in the country.

Under the umbrella of the Youth-Serving Organizations Consortium, the lot argues that Labour Day is ceasing to be a national celebration day, 'except for the lucky few.'

They hold that the celebrations have failed to address the core labour issue in the country today – unemployment.

Cotu has been the face of the celebrations over the years.

In a presser addressed by the consortium leader Nerima Wako, the youth said they were concerned with the falling number of Kenya’s employment to population ratio.

They said it cannot be business as usual with the ratio hitting a new low of slightly over 50 per cent – as reported by the Kenya National Bureau of Statistics in 2020.

“We call upon the President, state agencies and stakeholders on the celebration of Labour Day, to redefine the meaning of the day and prioritize employment and livelihoods of young people,” Nerima said.

“As young people, the hopes of utilizing our education, vigour, creativity and skills to help towards the country’s strategy of Vision 2030 and the world's grand strategy on Sustainable Development Goals are continuously becoming a mirage,” Nerima said.

As such, the consortium is demanding a change of tact by the government and has laid down radical proposals for state agencies.

They say the ministry is not doing enough to champion favourable working conditions for workers, especially the youth who are mostly employed on short term contractual obligations.

Wako and the team also want the ministry of Industrialization, Trade and Enterprise to facilitate a favourable business environment.

“This will allow locally set businesses to not only survive but also thrive during these difficult economic times,” Wako said.

They further demanded that the National Employment Authority chairperson Grace Jerotich Cheserek instigate the immediate recruitment of the authority’s director-general.

“Additionally, the chairperson needs to weigh in heavily on the secretariat’s functionality so that it can develop programmes that are beneficial for young people.”

The consortium decried a recent situation where the authority returned some money to the exchequer for lack of programmes.

“We demand an immediate operationalization of the National Employment Authority by staffing it with competent individuals to fast track its mandate.”

They called on the Office of the President to uphold and protect the Constitution in respect of provisions for granting special interest groups their rights.

The group cited the article which asserts the right for every person to social security to persons who are unable to support themselves and their dependents.

Also for President Uhuru Kenyatta’s action is the law which states that the State shall put in place programmes for minorities and marginalized groups to access employment.

“Article 55(c) of the Constitution mandates the government to ensure that youth have access to employment and therefore we demand, as young people, that the government of the day accords us this right.”