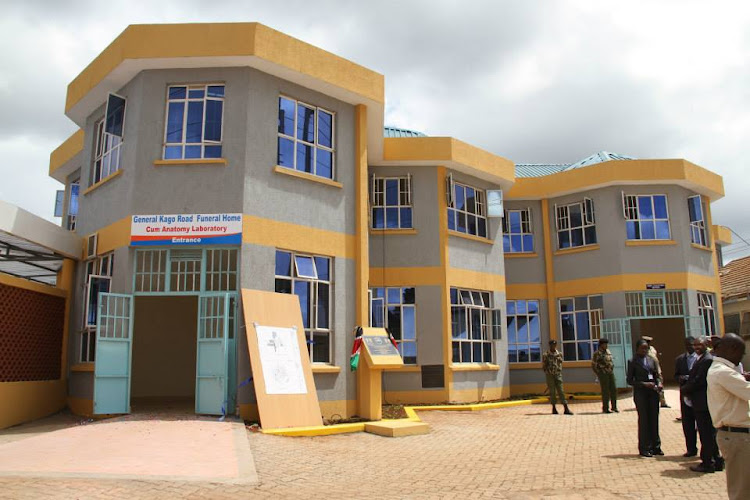 Two bodies dumped in public morgues in Murang’a and Thika are of friends who went missing in Kitengela on April 19.

Benjamin Amache Imbai, 30, Brian Oduor 36, Elijah Obuong, 35 and Jack Ochieng', 37, are believed to have been abducted. They have been missing for close to two weeks.

Imbai’s body was collected by Kamwangi police officers in Kieni forest in Gatundu North, where it had been dumped on April 20, and taken to General Kago Funeral Home in Thika. Family and friends identified it on Wednesday.

However, Gatundu North subcounty police commander Ellena Wanjiku, in a text message, said “a body was collected but it hasn’t been established to be among the four.”

It was discovered by a plumber who was working on a pipeline in Kieni forest near Gakoe shopping centre.

According to the police, Imbai had no shoes and shirt and his wrists had scars, indicating that he might have been handcuffed by his killers.

“He only had trousers on. His neck had scars indicating that his killers had strangled him using a rope or bare hands. His body had started decomposing,” said a police source privy to the matter.

A somber mood engulfed the morgue after his relatives positively identified him using his beards and tattoos.

Journalists  were, however, barred from entering the morgue. An attendant said Imbai’s father had given strict instructions that press should be barred from the matter "for tarnishing my son’s name".

Obuong’s body, according to the police, was found by sand harvesters stashed in a gunny bag and dumped under the bridge across the Mukungai River along Murang’a-Iyego-Kangema road on April 20, just a day after their abduction.

Obuing’s younger brother Michael Amollo positively identified the body that had been taken to a local morgue, on Thursday.

The whereabouts of Oduor and Ochieng' remain unknown even as investigations are underway.

Meantime, another body that was stashed in a gunny bag and tied with ropes was discovered at the Mathioya River by sand harvesters. It had yet to be established whether it was one of the missing friends.

The four friends were abducted from outside Club Enkare in Kitengela where they had ordered drinks and lunch before they were seen leaving the joint at about 3pm.

According to those who saw them, they left towards the parking lot where their white Toyota Mark X  was. It is believed they were picked up by experts because there was no commotion. Their car was found about 500 metres from the parking lot of the restaurant.

Records showed Imbai had at least two pending criminal cases in court. One case of robbery was pending at the Kibera law courts, while another one was at the Mavoko law courts.

Imbai was in January last year arrested alongside six other men for being a member of a notorious gang that robbed a man of Sh900,000 on Buruburu estate.

The gang trailed their victim from KCB Buruburu branch, broke into his car at a parking lot and made away with the cash. According to the DCI, the suspects executed the crime by posing as customers.

“The gang has been operating in major towns using different motor vehicles, some of which are hired and guided with fake number plates,” the DCI said in a statement then.