• Zanzibar's authorities have halted all sea activities, including fishing and transport, until further notice as a tropical storm approaches the Tanzanian islands.

• Jobo had been downgraded from a cyclone to depression but is still forecast to bring heavy rain and strong winds. 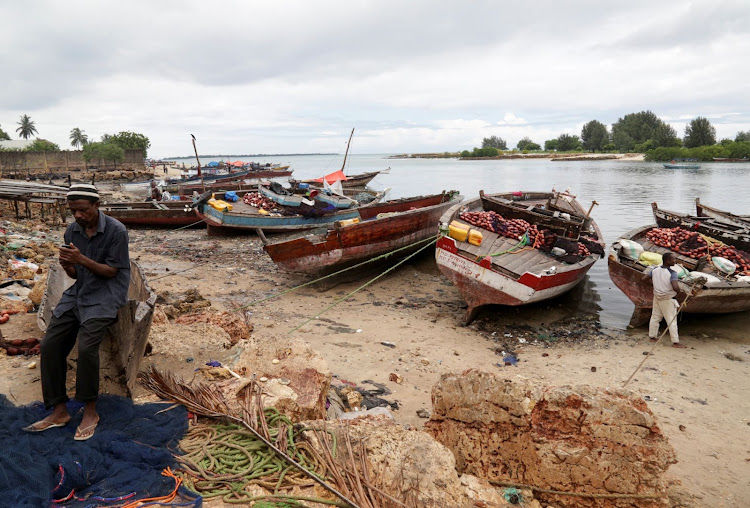 Fishermen park their boats ahead of Tropical Cyclone Jobo, at the Kunduchi ward in the Kinondoni district of the Dar es Salaam, Tanzania April 25, 2021.
Image: REUTERS

Cyclone, hurricane and typhoon are different terminologies used for weather phenomena depending on where it occurs.

In the Caribbean Sea, the Gulf of Mexico, the North Atlantic Ocean and the eastern and central North Pacific Ocean, it is called "hurricane".

In the western South Pacific and the southeast Indian Ocean, it is called a “severe tropical cyclone”.

In the southwest Indian Ocean, it is called a “tropical cyclone”.

Damaging or destructive winds may reach speeds in excess of 300 km/h in the most intense systems.

They are one of the biggest threats to life and property even in the formative stages of their development.

Countries that have been hit by such powerful storms include Japan, China, India, Australia, Mexico and the U.S.

On April 24, the Kenya Ports Authority warned of a tropical Cyclone now named "Jobo" which has been noted to be moving in the general direction towards the East African Coastline.

This is following the development of low-pressure systems in South Western Indian.

Cyclone Jobo was forecasted to make landfall on April 24.

Mombasa Port and Shipping notice has been issued for the period of April 25th-27th, 2021, during which time the Port and the surrounding regions will experience bad weather in way of heavy rains accompanied by strong winds.

The Authority advised that all ships in the Harbour lookout for this imminent bad weather and take every necessary action to secure the vessel against strong winds including doubling of mooring lines where possible.

KPA said all ships drifting outside port limits to maintain not less than 15 nautical miles from the nearest point of land and keep crew and engines on standby.

Mombasa Port Control and Pilots were available on VHF Channel 12 and 16 to assist ships where required and where possible while Port Fire Services were to remain on standby to respond to landslide emergencies during the notice period.

Zanzibar's authorities have halted all sea activities, including fishing and transport, until further notice as a tropical storm approaches the Tanzanian islands.

Jobo had been downgraded from a cyclone to depression but is still forecast to bring heavy rain and strong winds.

It was due to hit the coast of Tanzania, including the biggest city, Dar es Salaam, on Sunday.

Residents of coastal areas were warned to avoid all travel and people in low-lying areas have been asked to move to higher ground.

A tropical cyclone according to World Meteorological is a rapidly rotating storm originating over tropical oceans from where it draws the energy to develop.

It has a low-pressure centre and clouds spiralling towards the eyewall surrounding the "eye", the central part of the system where the weather is normally calm and free of clouds.

Tropical cyclones above a certain strength are given names in the interests of public safety.

Meteorologists use modern technology, such as satellites, weather radars and computers, to track tropical cyclones as they develop.

Tropical cyclones may be difficult to forecast, as they can suddenly weaken or change their course.

However, meteorologists use state-of-art technologies and develop modern techniques such as numerical weather prediction models to forecast how a tropical cyclone evolves, including its movement and change of intensity; when and where one will hit land and at what speed.

Official warnings are then issued by the National Meteorological Services of the countries concerned.

Scientists have attributed cyclone Jobo to impacts of climate change.