Defamation suit against Ahmednassir to be heard in June

Senior counsel says since Maraga is retired, he has no case against a tweet critical of his tenure but not his person.

•He says a tortious claim cannot be maintained for an alleged tort relating to the public office that CJ Maraga held prior to his retirement.

• The tweet indicated that retired Justice Maraga was silent on alleged corruption in court even though it described him personally as a decent and honest Kenyan. 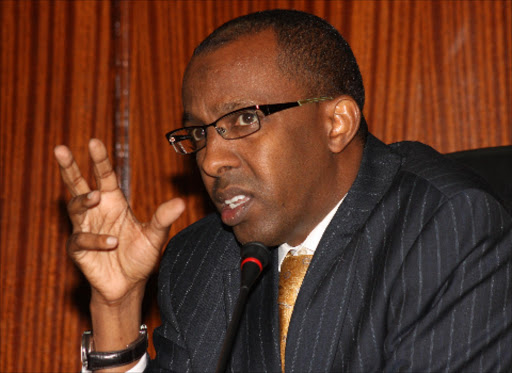 Senior counsel Ahmednasir Abdullahi has denied allegations by former Chief Justice David Maraga over a tweet that he says was defamatory.

In his defence statement filed in court, Ahmednasir says the tortious claim of libel pleaded by former CJ arose on January 12 this year when he held the public and constitutional office of the Chief Justice.

He says that a tort of libel that allegedly occurred during the tenure does not in law transit with Maraga into retirement and is  extinguished with the expiry of his tenure in the public and constitutional office he held.

Further, he adds, that since the tortious claim relates to his previous offices and not to him as an individual, the suit is incurably defective and ought to be dismissed.

Ahmednassir claims that the tort of defamation is an action against someone and since Maraga pleads that he defamed him in his public capacity as CJ, he says the suit cannot be maintained for the tort of libel that allegedly arose during the  public tenure.

He says that a tortious claim being a claim being made against him cannot be maintained for an alleged tort relating to the public office that Maraga held prior to his retirement.

“The tweet Ahmednassir posted touched on Maraga’s official capacity as the Chief Justice which he ceases to hold and not his private sphere as an individual," court documents read.

He adds that whatever Maraga’s understanding or grievances as Chief Justice as it relates, he cannot maintain a course of action grounded on the tort of libel that arose from action or omission as Chief Justice.

In his defence, he says Maraga cannot maintain a course of action that is premised on criticism of his public office as a CJ.

A private citizen cannot maintain a complaint relating to his previous public office.

In February Justice (Rtd) Maraga who described himself as an elder of the Seventh-day Adventist Church said the tweet by the lawyer insinuated that he (Maraga) was not a person of good character.

The tweet indicated that retired Justice Maraga was silent on alleged corruption in court even though it described him as a decent and honest Kenyan.

The tweet attracted 565 comments, 381 retweets and 2,500 likes from Ahmednassir’s followers.

But the former CJ says the words of the senior counsel were intended to portray him as a dishonest, indecent Kenyan who was aware of senior judges who had collected a Sh220 million bribe.

In the eyes of the common Kenyan, he said, he looked like one who condoned and concealed the name and identity of the judge.

Maraga said the tweet came across as if he committed a criminal offence by failing to report allegations of bribery and corruption in the Judiciary.

He said those words were false and were presented as the absolute truth, clearly to disparage and injure his character.

“The said publication was both reckless and malicious in the extreme and was designed and intended to inflict maximum reputational damage on the plaintiff (Maraga),” read the suit papers filed by the former CJ through the law firm of Tripple O.

He said the senior counsel despite his tweet did not file any complaint with relevant authorities or initiate proceedings for the removal of the judge in question but opted to tweet about the allegations.

Ahmednassir, he said, is liable for harm to his reputation.

He  wants the court to make a declaration that the tweet complained of is defamatory.

Also sought is an order to compel the senior counsel to apologise for the tweet, in the Daily Nation and Standard newspapers.

The former CJ wants the lawyer be barred permanently from making any defamatory statements against him and to compensate him for damages already caused by the tweet.

The case will be heard on June 9.