• He also defended the proposal to create Judiciary Ombudsman saying the new body will enhance accountability in the institutions.

• He cited Sweden and India as some of the countries which have adopted the model. 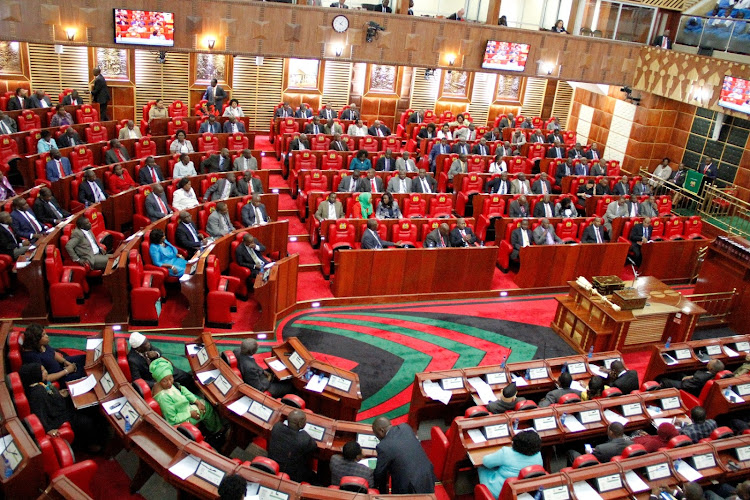 National Assembly chairman of the Justice and Legal affairs Committee Muturi Kigano has warned the House against any attempt to amend the Constitution of Kenya (Amendment) Bill, 2020.

Kigano who co-chaired the joint team that considered the Bill said errors encountered were superficial that did not affect the material of the Bill.

He said any attempt to tinker with the Bill is an affront to the people’s sovereignty as provided for in the current law.

The Kangema MP was speaking on Thursday during the second day of special sitting to consider the BBI Bill.

“This House has no power amend or alter the Bill in its present form. In fact, it does not even have residual power to amend or interfere with the structure or architecture. If Wanjiku wanted the house to have power to amend nothing could be easier,” Kigano said.

“Whether we pass it or not we must submit it wholesome for people to hold a referendum on it. What was brought to us is the same which goes to the people. Our purpose here is to implement Wanjiku’s wish.”

He also defended the proposal to create Judiciary Ombudsman saying the new body will enhance accountability in the institutions.

He cited Sweden and India as some of the countries which have adopted the model.

“It (Ombudsman) is widely accepted in many countries like India. Many European nations like Sweden have discovered that this is the in thing.”

Nominated MP David Sankok sought clarity on the procedure for introducing the bill.
News
1 year ago
Post a comment
WATCH: The latest videos from the Star
by LUKE AWICH Political Reporter
News
29 April 2021 - 11:13
Read The E-Paper