You will wait until June for second dose - MoH

• The first person to receive the dose in Kenya was Ag DG Health Patrick Amoth who received it at KNH on March 5.

• Counties have been urged not to slow down their pace of administering the vaccines that they  have received. 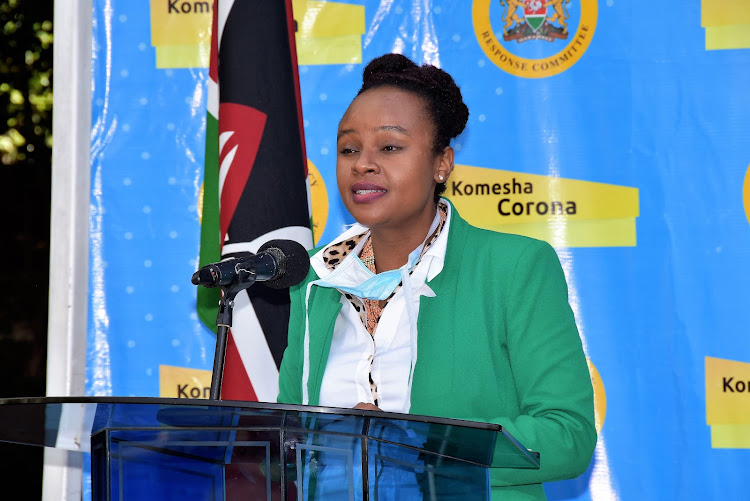 Kenyans who were expecting to get their second dose of the AstraZeneca vaccine in early May, will now be required to wait for four more weeks to do so.

The Ministry of Health has issued the new directives in the wake of looming shortage of vaccines as a result of the global supply chain challenges.

As at Friday, at least 802,000 Kenyans had been inoculated with the first dose of the vaccine, with those who had received their first doses expected to get the second shot around May 5.

The first person to receive the dose in Kenya was Ag DG health Dr Patrick Amoth who received it at KNH on March 5.

“The first recipients of the second dose are therefore expected to receive it during the first week of June again for clarification purposes Kenyans who got vaccinated in the first week around March 5 probably got a message telling them that they should come round around May 5 that is at week eight,” Health CAS Mercy Mwangangi said.

“Now we are telling you we have shifted that date by four weeks so if the message was coming in by 5th of May you count another four weeks and of course we shall be able to communicate with you and give you your new date of the second vaccine,” she added.

Kenya was expecting the second consignment of the AZ vaccine by May but the Serum Institute in India that is the major producer of the vaccine, has been struggling to meet the domestic demand as India struggles with the second wave.

The country has thus banned exportation of vaccines until their situation stabilises.

“These shifts have not only happened in Kenyan bit have been occasioned in many other countries including the UK and it should be noted that global vaccine shortages  are beyond Kenya and there is an international effort to deal with this challenge.”

Counties have been urged not to slow down their pace of administering the vaccines that they  have received.

Kenya had planned to vaccinate at least 1.25 million by June, a bream that now hangs in the balance with the vaccines availability standoff.

Sputnik V vaccine only authorised for emergency use - Mwangangi