• The judge told the JSC panel he was indeed a member of the honours committee that was chaired by former CJ David Maraga.

• Acting CJ Philomena Mwilu also took up the matter saying his fellow judges were complaining that the process was not fair. 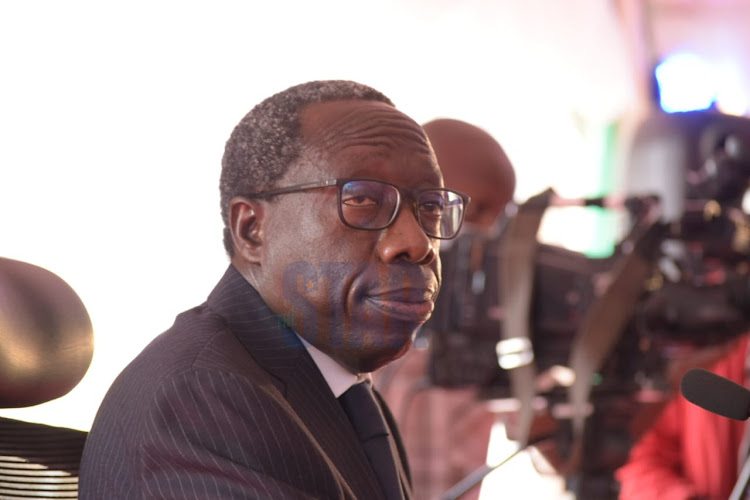 Appeal Court President Justice William Ouko was on Wednesday put on the spot over his two presidential awards that he received in consecutive years between 2019 and 2020.

Ouko is one of the 10 shortlisted candidates for the position of Kenya's next Chief Justice.

JSC Commissioner Professor Olive Mugenda wanted to know if he received the awards because he was a member of the honours committee.

The judge told the JSC panel he was indeed a member of the honours committee that was chaired by former CJ David Maraga.

He said their work was to recommend those to be given awards but he does not know how they choose the final awardees.

On how he got the two awards in two years, he told the commission that after he got the 2019 award they realised that he had been given a lower level award so they applied for the higher rank which he got.

"I don't know how each unit identifies who to nominate for the award," he said.

Acting CJ Philomena Mwilu also took up the matter saying his fellow judges were complaining that the process was not fair.

She said there were murmurs among the judicial officers on the issues.

She also clarified that Justice Maraga never chaired those committee meetings but it was in fact Judge Ouko who chaired them.

Judge Ouko confirmed that indeed the former CJ asked him to chair those meetings on his behalf for the two sessions they had.

He said he is aware there are murmurs on the process further admitting is not very well transparent and in the future, mechanisms should be put in place for transparency.

On Monday during his interview, Labour Court Judge Nduma Nderi raised concern on how some judges and magistrates get the presidential awards. leaving out others.

He said the process is not very clear to judicial officers on how their colleagues are selected.