Private firms want to be part of vaccine campaign

Kenya Healthcare Federation, says they could provide extra coverage of between 20-30 per cent if involved

•The chair Amit Thakker said Kenya needs to vaccinate 70 per cent of the population in the shortest time possible and the private sector could accelerate the process.

•He said the private sector could also offer technological and administrative support to the government. 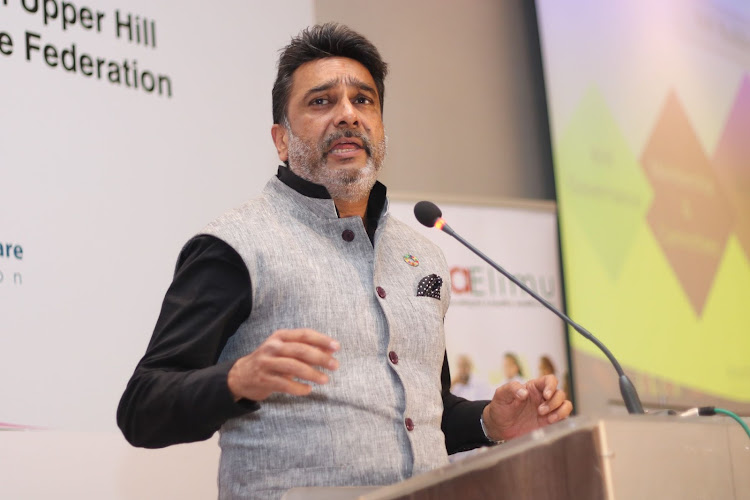 Private enterprises in the health sector want the government to incorporate them in the countrywide Covid-19 vaccination campaign.

Kenya Healthcare Federation, the health sector representative of the Kenya Private Sector Alliance, said private enterprises could provide extra coverage of between 20-30 per cent if incorporated in the campaign.

Federation chair Amit Thakker said Kenya needs to vaccinate 70 per cent of the population in the shortest time possible and the private sector could accelerate the process.

“We have identified five companies which are not new in vaccines business. The companies have been bringing vaccines into the country in the past,” Thakker said in his submissions to the Senate’s Health Committee.

Thakker said the private sector could play a role in sourcing, importation and distribution of vaccines and also in administering the inoculations.

He said the private sector could also offer technological and administrative support to the government.

On April 2, the Ministry of Health banned the importation, distribution and administration of Covid-19 vaccines by private enterprises.

The National Emergency Response Committee put on hold the private sector’s importation, distribution and administration of vaccines until such a time there will be greater transparency and accountability in the process.

On Tuesday, Thakker downplayed fears over a looming shortage of the AstraZeneca vaccine.

The country will run out of the AstraZeneca vaccine doses in the next seven days once the 70,000 doses at the national central store are consumed.

“Everyone who got a text message and they are expecting a second dose of Astrazeneca vaccine in eight weeks, should add four weeks, to make it 12, there should be no cause for alarm,” Thakker said.

He added that overreliance on Covax, a weak communication strategy, hesitancy and confusion among key players was also to blame.

Covax is a global initiative that seeks to ensure there is equitable access to Covid-19 vaccines.

It is led by the Global Vaccine Alliance, the Coalition for Epidemic Preparedness Innovations and the World Health Organization.

Thakker further said the government should utilise the expertise in the private sector to improve reach and efficiency.

Health CAS Rashid Aman, in his submissions to the same committee on April 8, said those who had received the first dose of Sputnik V and were due for the second dose after three weeks and would complete the vaccination.

Sputnik V had been brought into the country by private enterprises.

The decision was arrived at since mixing of vaccines is not recommended by both the World Health Organisation and other experts due to their different modes of action.