The answer will be available next month, but concretely in June or July

• The Serum Institute of India, which is the world's largest vaccine maker, has been barred from exporting any AstraZeneca vaccines until June.

• Health experts generally agree that mixing and matching vaccines such as Pfizer and AstraZeneca jabs should be safe and the trial will check for any side effects or unwanted reactions. 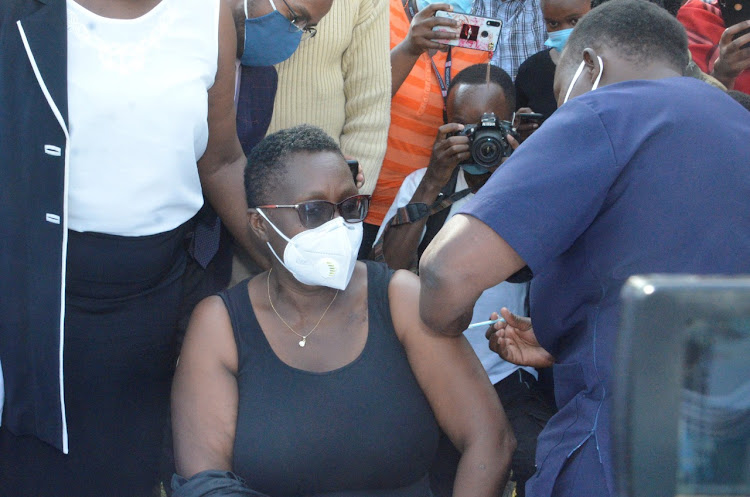 Kenyans who received their first AstraZeneca jab are in for a long wait for the second and final jabs.

The Serum Institute of India, which is the world's largest vaccine maker, has been barred from exporting any AstraZeneca vaccines until June.

It means Covax might not be able to deliver the next batch of doses to Kenya and other countries in time for the second jab.

The first jab primes the immune system, but full protection is solidified by the second jab, given after eight weeks.

But what if Kenya cannot get the second jab on time but can access other vaccines, such as Pfizer? Can the vaccines be mixed?

Dr Richard Ayah, a member of the national vaccines rollout task force, says although this can work just fine, it needs to be confirmed through a scientific study.

"People have just started doing studies on that. I saw China starting to talk about it because, you know, the Chinese vaccine is very low in efficacy," he said.

"Europe is also talking about it because they are coming up with different criteria but for now they don’t have those studies. It helps if everybody has their 60 per cent level of protection more than having a few people with 90 per cent," Dr Ayah added.

A major mix and match Covid-19 vaccine trial being held in the UK is looking at whether two-jab vaccines can be mixed with different types.

This will give the direction for Kenya.

More than 800 people have so far taken part in the Com-Cov study, with the results expected next month.

Experts are trying to find out whether combining vaccines might give broader, longer-lasting immunity against the virus and new variants of it, and also offer more flexibility for vaccine rollout.

Health experts generally agree that mixing and matching vaccines such as Pfizer and AstraZeneca jabs should be safe and the trial will check for any side effects or unwanted reactions.

The other vaccines being trialled in the mix and match study are Moderna and Novavax.

The study will not include the Johnson and Johnson jab because it requires just one dose.

In the wake of AstraZeneca's blood clot fears, France approved giving recipients an alternative second dose. Germany made the same move for the under-60s.

The Com-CoV trials, or Comparing Covid Vaccine Schedule Combinations study, will run for 13 months, with the first patients having been recruited in February.

The initial results of the study are likely to be available in June or July, with the first part expected to report preliminary results next month.

Some scientists say mixing jabs could lead to more participants being immune to infections from the virus compared to the current jabs because it may prime the body to attack the whole virus rather than just the spike protein — which it uses to invade cells.

Mixing vaccines would also create resilience within the system in the event of a shortfall in the availability of the vaccines in use.