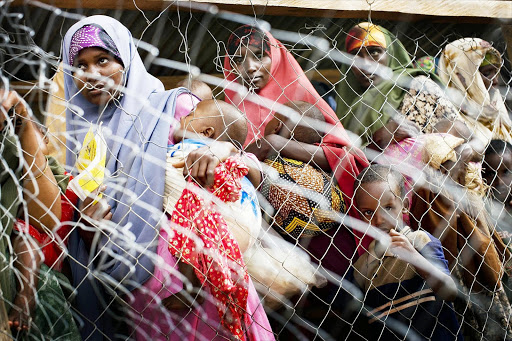 The impending closure of Daadab and Kakuma refugee camps and the repatriation of the refugees and asylum seekers to Somalia is unwise and would be counterproductive, catholic bishops have said.

The bishops, under the banner of Kenya Conference of Catholic Bishops, said on Sunday that closure of the camps in the midst of a vicious Coronavirus pandemic would expose vulnerable women and children to suffering.

The decision, they said, is also against the international law that requires refugee hosting nations to only repatriate the refugees and asylum seekers back to their countries only when the conditions have improved and they are out of danger.

Poor governance in Somalia has not changed, war and violence has not abated, famine and hunger has not subsided. Forcibly returning then violates the principle of non-refoulment, they said.

Should the state insist to proceed with the plans, they said, it should develop programmes to cushion their health and give them relief packages to enable them settle back.

Some over 400,000 refugees and asylum seekers live in the two camps.  The refugees mainly come from Somalia though there are others from neighbouring countries include Tanzania, Uganda, DRC, Burundi Ethiopia, Rwanda, South Sudan among other countries.

The main argument of the government is that the camps have been infiltrated by elements from Al-Qaeda-offshoot al Shabaab and its sympathisers who have launched terrorist attacks from there.

But the bishops demand that instead of closing down the camps, the state should enhance security in the facilities, including reviewing the terror-screening regimens and shelve the plans.

"We recommend that the government shelves this unfortunate idea and instead, increase security and any other support to the refugees as well as the bodies that work directly in ensuring that they receive their basic needs," it said.

The conference argues that the decision to close down the camps and return the refugees back home has been arbitrarily made and no plans to cushion their suffering have been rolled out.

"The refugees have become even more vulnerable due to Covid-19 pandemic which demands certain health measures to be observed in order to stay safe which they cannot because of the harsh conditions they live in,"they said.

"It is highly unfortunate and regrettable that the intention by the Kenyan authorities to close Daadab and Kakuma camps with a short time frame that these people need help. This is the time to give protection and embrace to the most vulnerable in the society."

The bishops join the anti-closure chorus from human rights groups including Amnesty international that has advised that the government uses its platform at the UN security council to obtain more funding from the international community to sustain the camps.

"Rather than persecuting refugees, the government of Kenya can use its influence at the UN security Council to demand that the international community shoulders its fair share of the responsibility to protect refugees,"Amnesty international Kenya executive director Houghton Irungu said.

Irungu had said arbitrary closure of the camps was an open invite to a humanitarian disaster given that the pandemic is still ravaging the country.

UN's refugee agency UNHCR said it was "concerned about the impact this decision would have on the protection of refugees in Kenya, including in the context of the ongoing Covid-19 pandemic,"adding that it was engaged in constructive dialogue with the Kenyan authorities on the issue.

"We urge the Government of Kenya to ensure that any decisions allow for suitable and sustainable solutions to be found and that those who continue to need protection are able to receive it,"it said.