Uhuru wants to be kingmaker and kingpin in 2022 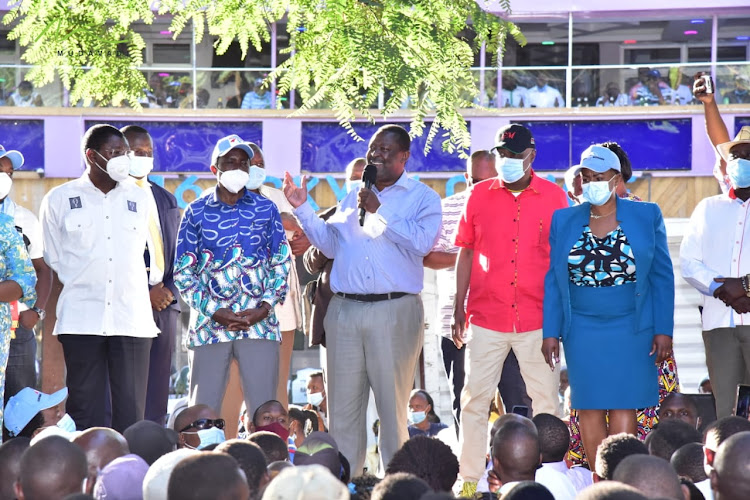 President Uhuru Kenyatta is consolidating his succession plans, exposing his own ambition to remain politically influential after he retires.

Uhuru's predecessor, President Mwai Kibaki — while many argue he quietly rolled out a succession plan— has remained politically inactive since handing over power in 2013.

Although Kibaki never openly supported any presidential candidate before the 2013 polls, Uhuru's latest political moves have left no doubt he intends to influence his succession.

Turning, 60 years next year, the President has gone flat out to lay out a clear succession matrix that has kicked out former allies and established fresh political ties likely to shape the 2022 polls.

It started with the decimation of Deputy President William Ruto and the DP's allies from the ranks of power, clearly signalling an end to their 2013 election pact.

On Thursday, Mathira MP Rigathi Gachagua said the President has sent out indications he is determined to influence the 2022 presidential battle.

“Kenyans will be asking that as leaders we have a duty to respect the Constitution on the two constitutional terms limit for the president and honouring the sanctity of the Kenyan vote," Gachagua said.

An ally of Ruto, he was emphatic the people of Mt Kenya, Uhuru's turf, must be allowed to exercise their democratic right to elect the leaders they want, no one should be imposed on them.

“The region will send loudest message ever about its decision in 2022. Watch this space,” he said, adding the region will respect the 2013 Jubilee succession pact.

The deal, which would have seen Ruto succeed Uhuru as Kenya’s fifth president, now appears void as the President pushes Ruto to the periphery. The  President's men say there was no deal with Ruto.

Following the bitter falling out with Ruto, Uhuru now has two sets of allies at the centre of his succession plans at the national front — without a clear roadmap for his heir in his Mt Kenya backyard.

The other formation is that of ODM leader Raila Odinga, whose rapprochement with the President in 2018 restored political stability and facilitated Ruto's alienation.

The President's power men are said to be propping up the One Kenya alliance as the line up of choice, despite reports the heart of the head of state could be with Raila.

The push and pull has caused bitter divisions in Uhuru's circle, nearly ruining his camaraderie with Raila a few weeks ago and driving him into Ruto's arms.

Raila's allies openly protested the attempt by some of Uhuru's power brokers to betray the ODM boss.

Even as Uhuru takes charge of his succession at the national front, his Mt Kenya backyard is restless. The President's stranglehold on the region's politics has left no room for a possible heir apparent.

Uhuru's declaring himself the 'roaring lion' of Mt Kenya has spelt doom, at least for now, for some experienced politicians from the region who have been positioning themselves.

Politicians and analysts say the next few months will be decisive for the President in firming up national succession plans and strengthening his grip on Mt Kenya.

“Before the new year, we are likely to see an assertive President keen on consolidating his support in Mt Kenya to ultimately influence 2022 politics,” political analyst Dismas Mokua told the Star.

Mokua said the President believes that to have a stake at the negotiating table after retirement, he would have to rally all of Mt Kenya behind him. 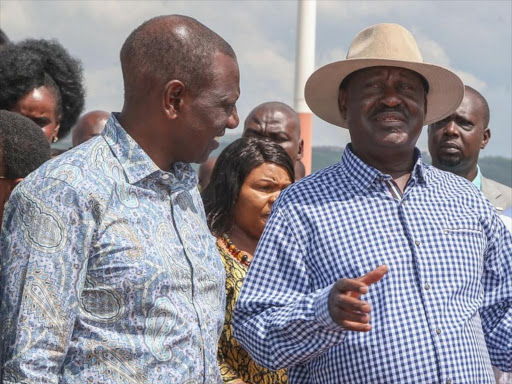 Seasoned politicians — seen as possible heirs to Uhuru — have strategically remained tight-lipped about their next moves as they fear reprisals for appearing to challenge the President.

“The President is determined to consolidate power so  he remains politically relevant even after he retires next year,” Suba Churchill, the presiding convener of the Civil Society Reference Group, said.

“He would hold onto being the political spokesman and kingpin of Mt Kenya to continue controlling the region's political direction while in retirement,” he added.

The President is said to want a successor who will continue most of his Big Four agenda legacy programmes. Their implementation has been slowed by the Covid-19 pandemic.

The Jubilee administration has shifted most of its priorities to mitigating the economic impact of the disease, diverting massive resources to cushion Kenyans.

The failure to anoint his Mt Kenya successor is the clearest indication the President will be going nowhere when he completes his two five-year terms.

“When we met in Sagana, the resolutions were unanimous that the President is the region's kingpin and spokesman. Nothing has changed and will not be changing any time soon,” he said.

The Igembe North MP said Mt Kenya will listen to the President's political voice as long as he is the region's foremost political leader.

“There was an attempt by some politicians allied to Tangatanga from the region to undermine the political leadership and authority of the President but that was dealt with. The region is now united,” he said.

“I predicted that Uhuru will be here after 2022 and, trust me, he is going nowhere. He will be here, but not as President. He will be in a different role,” the fiery Atwoli said when critising Ruto's presidential bid.

The criticism of Ruto's efforts to woo Mt Kenya and succeed his boss exposed the machinations rolled out to ensure Uhuru remains relevant.

The President has repudiated claims he is being positioned to take over as prime minister, if Kenyans approve BBI's proposed expanded structure of government.

Amending the Constitution through the Building Bridges Initiative would  introduce the posts of prime minister and two deputies.

Some politicians had suggested that the President would make a comeback to serve as PM in a power scheme by BBI proponents in what would completely lock out Ruto.

While he has backed the creation of the PM and two deputies to end the winner-take-all system, the President denies he wants to cling to power.

However, President has been accused of scheming to extend his national leadership.

When he met Mt Kenya leaders at the Sagana State Lodge last year, the President, who spoke largely in Kikuyu, said he wouldn’t mind being PM.

“I do not know the contents of the BBI report yet I hear people claiming Uhuru Kenyatta wants to become the Prime Minister of Kenya. I wouldn’t mind being in leadership in such a post, though let us deal with the current situation first,” Uhuru said.

The remarks left no doubt the President was not about to retire from active politics.

Influential Jubilee Party vice chairman David Murathe last year said the Constitution does not bar the President from assuming any other role.

“The Constitution bars him from vying for the presidency after his second term," he said, "but it does not in any way bar him from seeking another position."

Uhuru has already signaled he will play an active role in his succession.
News
2 months ago

At least five candidates are said to be propped up by various OP teams.
News
1 month ago
by JAMES MBAKA Senior Political Writer
News
09 April 2021 - 06:46