These satellite clinics were closed temporarily last year due to Covid-19.

•Shofco trumped its rivals Tharaka Nithi County and Penda Health to win the award in the category.

•The non profit organisation excelled due to their efforts in improving access to primary healthcare to the urban poor. 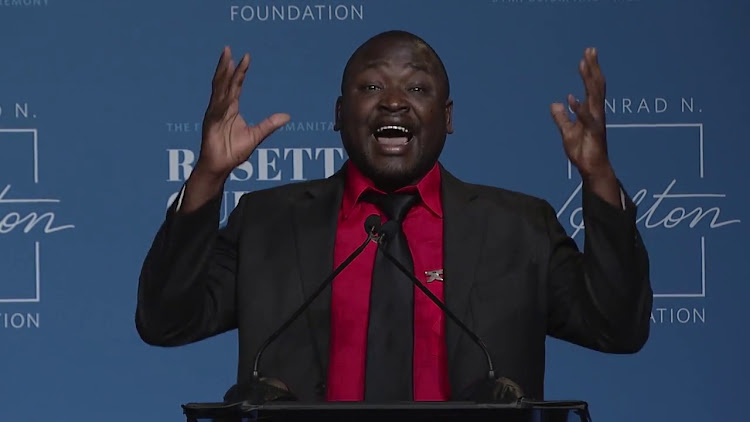 Shofco triumphed at the second Quality Healthcare Kenyan Awards after it emerged top in Award of Excellence on Improving Access to Primary Healthcare Services.

The Shining Hope for Communities was awarded on World Health Day in a virtual event.

Shofco trumped its rivals Tharaka Nithi County and Penda Health to win the award in the category.

The non profit organisation excelled due to their efforts in improving access to primary healthcare to the urban poor.

This has been possible through the establishment of two major Level Two facilities in Mathare and Kibera slums with the latter having four other satellite clinics through the initiative of the organisation’s founder and CEO Kennedy Odede.

Shofco established the first clinic in Kibera in 2010 with a handful of staff and volunteers to treat communicable illnesses but by 2014, the numbers became big, serving 300 patients per day, necessitating expansion.

That is when a major facility was set up in Kibera and in 2015, another one in Mathare.

With the numbers rising, there was need to be closer to the community and that is how the Kibera facility gave rise to satellite clinics in neighbouring Manatha (2014), Kianda (2015), Subra (2017) and Makina (2017).

These satellite clinics were closed temporarily last year due to Covid-19.

Health Director Emma Ingaiza said most of the people who live in Kibera and Mathare cannot afford health care that is paid for.

"Because there was no facility that offered a full range of primary health services, they would go to places like Kariobangi, Ruaraka and Pangani which is  middle class or at times Muthaiga which is high class and very expensive,” she said.

The clinics offer services at near zero cost as patients pay just Sh200 which covers consultation, lab tests and drugs.

“All those under five years, maternal services, TB and HIV/AIDS are free, as well as nutrition,” Ingaiza said.

Clinical officer in charge of quality improvement at the Kibera clinic Dalmas Omollo said lives of Kenyans have been changed by the clinics.

“We believe through what we do here, the lives of Kibera people have been impacted,”he said.

Shofco has won other awards.

Last December, CEO Kennedy Odede was also awarded a Head of StateCommendation for his incredible work in Kenyan urban slums during the Covid-19 period.