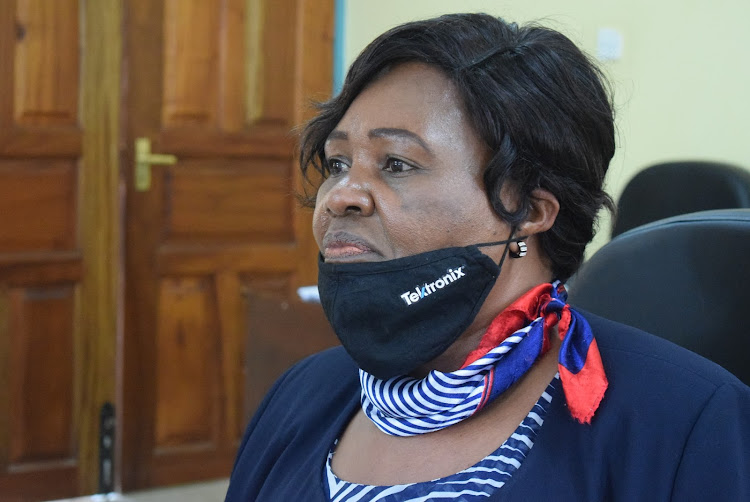 VETTING Dr. Florence Mwanzia when she was vetted for the position of chairperson of Kitui CPSB by the Kitui County Assembly appointment committee on Thursday.
Image: Musembi Nzengu

Lack of justifiable linkage in profession mobility certification, previous interest in politics and absence of overt letter of clearance from employer may stand between three individuals and their second shot at the Kitui CPSB jobs.

Messrs Francis Kiliku, Joseph Kyavoa and David Munyoa re-appeared before the Kitui County assembly appointment committee for vetting on Thursday. They had it rough answering questions posed by members of the committee chaired by Speaker George Ndotto. 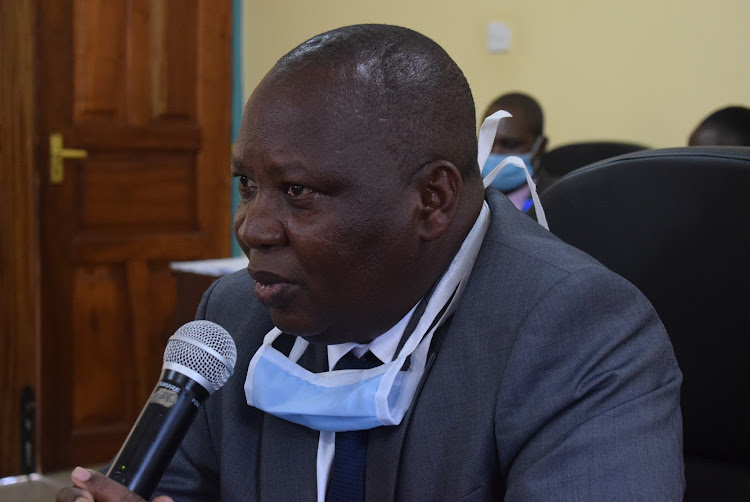 VETTING Joseph Kyavoa when he was vetted for the position of chairmanship of Kitui CPSB by the Kitui County Assembly appointment committee on Thursday.
Image: Musembi Nzengu

Last May, the nomination of the trio by Governor Charity Ngilu for consideration for the Kitui CPSB jobs was rejected by the same committee. Ndotto's team at the time found them not fit on grounds of lack of requisite qualification and papers while one was cited for ethical and integrity issues.

Then, the entire list of Ngilu’s six nominees was thrown out by the assembly that demanded that she provides better qualified people. Others whose nomination was also rejected alongside the three were Jane Kibati, Esther Muthui and Benard Munyasya.

When the same positions were re-advertised in February this year, Kiliku, Kyavoa and Munyoa applied and after being interviewed by a special panel, their names were among those forwarded to Ngilu as qualified for vetting for the CPSB jobs. 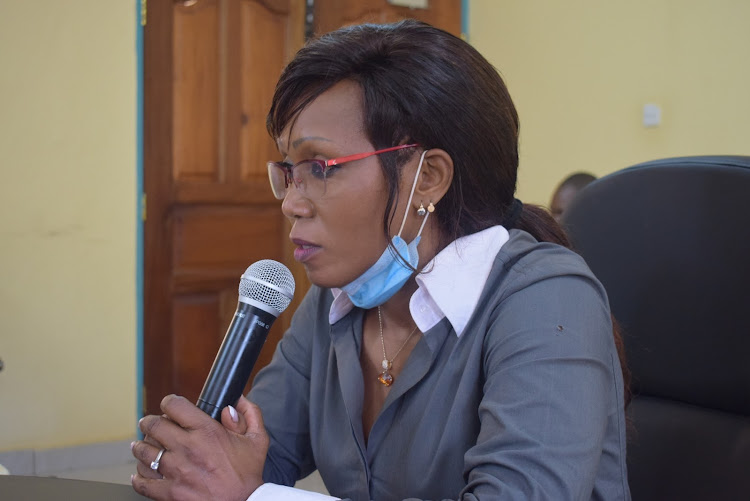 VETTING Winfred Tumbo when she was vetted for the position of chairmanship of Kitui CPSB by the Kitui County Assembly appointment committee on Thursday.
Image: Musembi Nzengu

Consequently, Ngilu presented their names alongside those of Dr. Florence Mwanzia for position of the CPSB chairperson and members Winfred Tumbo and Hasssan Mutubwa to the Kitui Assembly for vetting that took place on Thursday.

Although, Kiliku who holds a masters degree but lacked a certificate of a Bachelor's degree, he told the committee that he qualified for a Master's degree course  because  he had attained a higher  national diploma certificate which he said was equivalent to an ordinary degree certificate. 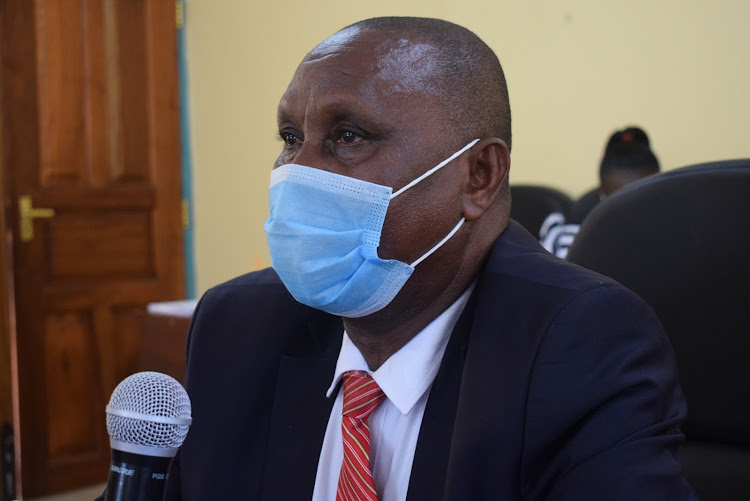 VETTING Francis Kiliku when he was vetted for the position of chairmanship of Kitui CPSB by the Kitui County Assembly appointment committee on Thursday.
Image: Musembi Nzengu

When Ndotto and the clerk of the assembly Elijah Mutambuki pushed him to justify his affirmation, he produced a letter from the Kenya National Qualification Authority. The clerk told Kiliku he would find himself in a tight corner should the Commission of higher education contradict the letter he had produced.

Kyavoa ran into trouble when he was informed that his interest in politics both as the Wiper party coordinator and as a 2017 aspirant for Kitui East parliamentary seat could be his undoing. He however said the quoted law was punitive and discriminative to politicians and should be deleted. 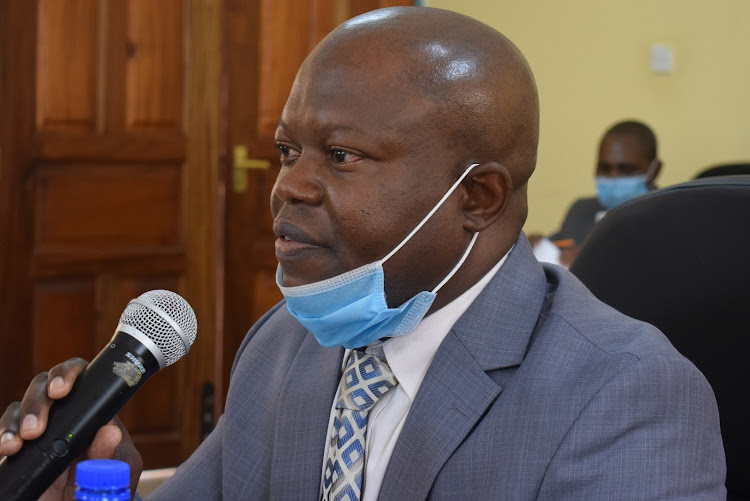 VETTING Hassan Mutubwa when he was vetted for the position of chairmanship of Kitui CPSB by the Kitui County Assembly appointment committee on Thursday.
Image: Musembi Nzengu

Munyao, a teacher who previously faced ethical, integrity and moral issues and had been sacked by the TSC said he had since been cleared by his employer of any wrong doing.

However, the majority leader Peter Kilonzo said the nominating authority should have provided notes indicating that the status of the three previously rejected candidates had since changed for them to make a comeback before the vetting team and defend themselves. 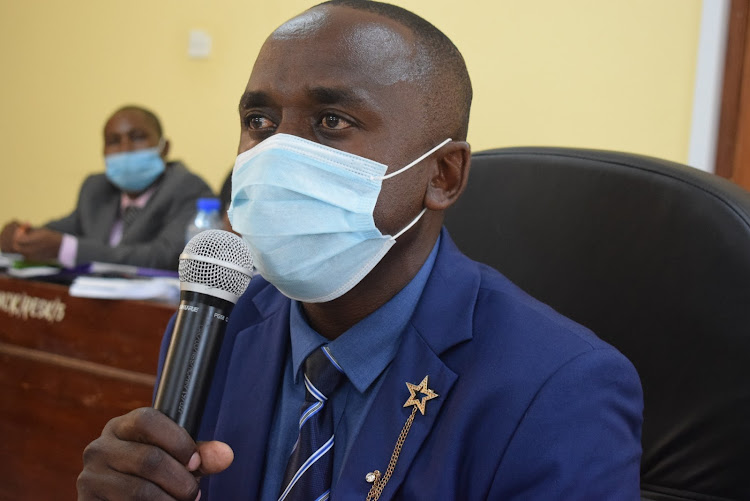 VETTING David Munyao when he was vetted for the position of chairmanship of Kitui CPSB by the Kitui County Assembly appointment committee on Thursday
Image: Musembi Nzengu
by MUSEMBI NZENGU News Correspondent
News
09 April 2021 - 19:04