• President Uhuru Kenyatta eulogised him as one of the country’s finest and visionary entrepreneurs whose business acumen contributed greatly to the country’s economy. 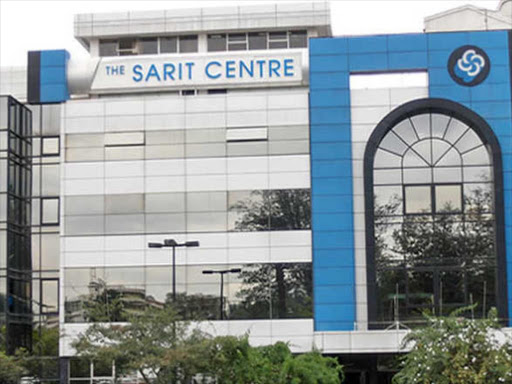 The dream to construct Sarit Centre almost crumbled in 1982 after the botched attempted coup.

However, when it was finally done, developer Sobhagayachand Vidhu Ramji Shah named it Sarit, after one of his children.

Shah and his partner Maneklal Rughani had just put up an architectural imagination yet to be fully realised.

One October morning two months after the coup attempt, SV Shah, popularly known to his friends as Bachubhai, would meet at the Westlands site with their consultants and opt to downscale the project and open it while just 20 per cent was done.

The gradual construction and investment yielded the legacy City Within a City shopping mall that has been operational for decades.

Up to the time of the botched coup, there had been 200 applications on file from potential customers to rent spaces at the then upcoming mall.

All went up in flames after the crisis.

According to the London-based business news website The New Economy, all the potential customers withdrew, forcing the construction to proceed purely on family funding.

Phase One of the project opened its doors in April 1983 with just two tenants in place: Uchumi supermarket chain and Buchabhai's own Text Book Centre.

With time, the project grew as motorists started streaming to park at the facility. One morning, it was 20 vehicles, and it would take two years to lease out the entire premises.

“On Christmas Eve 1985, the centre recorded what is still its record footfall of over 50,000 shoppers in a single day and it never looked back,” the site reads.

For a long time, the facility was the only leading modern mall in the city for shopping, recreation, parking—all under one roof.

Shah, who is also the founder and proprietor of Text Books Centre among other business entities, died on April 6 aged 86 at The Nairobi Hospital after a long illness.

He is survived by five children—Rashmi, Nishma, Sima, Lina and Sarit.

President Uhuru Kenyatta eulogised him as one of the country’s finest and visionary entrepreneurs whose business acumen contributed greatly to the country’s economy.

His entrepreneurial spirit, Uhuru said, saw him establish Sarit Centre, Kenya's first shopping mall in the 1980s when nobody else thought about it.

“He did not stop at that but moved on to establish several other successful businesses, including Text Book Centre, which has continued to quench Kenyans thirst for knowledge,” Uhuru said.