Police save woman from angry mob SUSPECTED SCENE A crowd of people milling around the pub at Vii market whose owner was arrested following the death of a client who was taking beer there before his body was discovered beside the road hours later.
Image: Musembi Nzengu

A bar owner in Mwingi Central, Kitui was on Friday arrested in connection with the death of a customer who was taking beer at her pub on Thursday night.

Policemen on Friday morning saved the woman from the wrath of an angry mob at Vii village that was baying for her blood. Police forced her to open the door to her pub where she was holed in fearing for her life, and took her to Ukasi police station for interrogation.

The body of the Munyoki Syiti was discovered in the wee hours of Friday by passersby lying beside the busy Mwingi-Garissa highway, a few metres from the bar where he was spotted taking beer on Thursday.

Irate villagers milled around the bar but were restrained by police from setting it on fire. They claimed blood stains could be traced from where the body lay to the door steps of the bar.

Mbuvu location Chief Elijah Kitema said it was not clear whether the deceased was killed elsewhere and dumped at the busy highway to appear as if he was a case of hit and run or it was actually death resulting from a road accident.

"It is not clear whether the man was run over by a speeding hit and run vehicle or the body was dumped at the road to be ran over by vehicles in a bid to cover murder that took place elsewhere," said Chief Kitema.

He however said that the truth will come out once investigation by police are finalised. “For now I cannot share more information with you because not much has been revealed to me,” said the chief on phone. 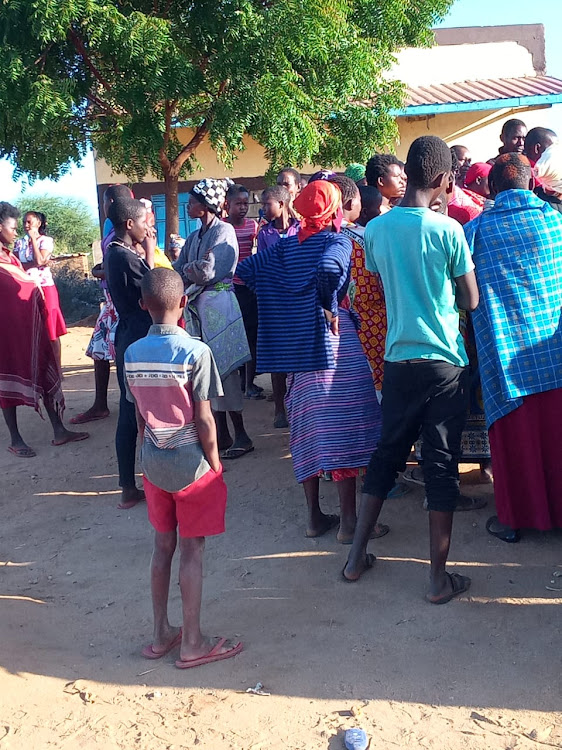 Villagers mill around the pub at Vii market whose owner was arrested following the death of a client.
Image: Musembi Nzengu
by MUSEMBI NZENGU News Correspondent
News
02 April 2021 - 11:29