Terminus seeks to decongest the CBD.

•They later went to a room where they were showed how far the project had gone.

•The aim of the terminus is to decongest the central business district. Boda bodas and taxis will use a tarmacked designated area.

The two inspected various projects within Nairobi. They started with the Green Park terminus.

Uhuru and Raila were seen walking as they looked around the terminus accompanied by government officials. 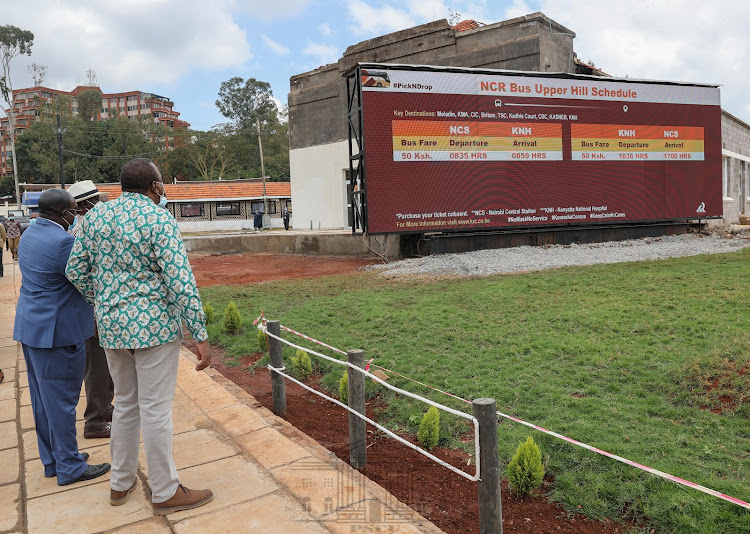 They later went to a room where they are currently being shown how far the project has proceeded.

The aim of the terminus is to decongest the CBD. Boda bodas and taxis will use a tarmacked designated area.

It will be he drop-off and pick-up points for about 140 matatus plying the Ngong and Lang’ata routes.

The terminus will have a small dispensary, a modern restaurant, mini-supermarket, police station and user-friendly ablution blocks at drop-off and pick-up points. It will use solar power.

The dispensary has been operating since January. About 3,000 people use the terminus daily but that number will increase greatly.

Green Park—named for its greenery—is the first terminus constructed by the Nairobi Metropolitan Services since it took charge of key city functions in March last year. 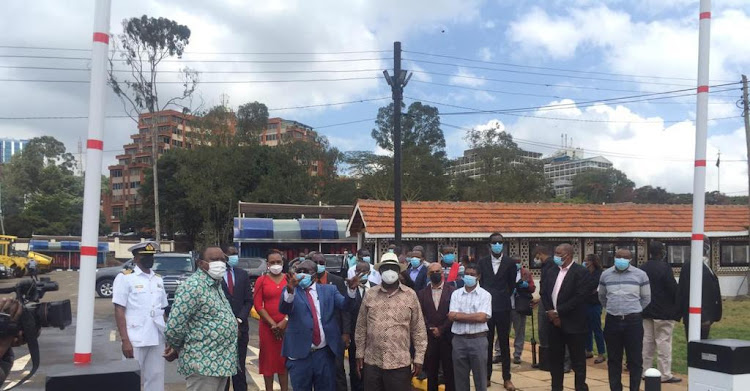 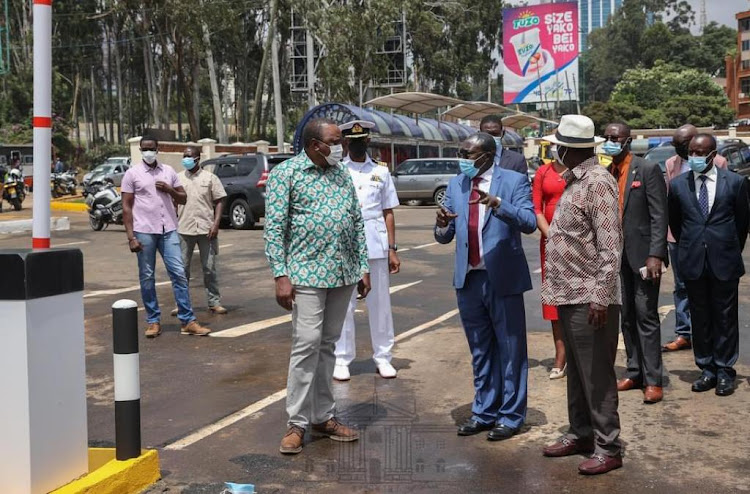