He kept his ministers and contractors on their toes.

• In December 2020, John Pombe Magufuli replaced one of his ministers during the swearing-in ceremony for failing to accurately read the oath of office.

• In his first term, the president was accused of his hard stand against his opponents, but all the same, he was voted in for a second term in 2020. 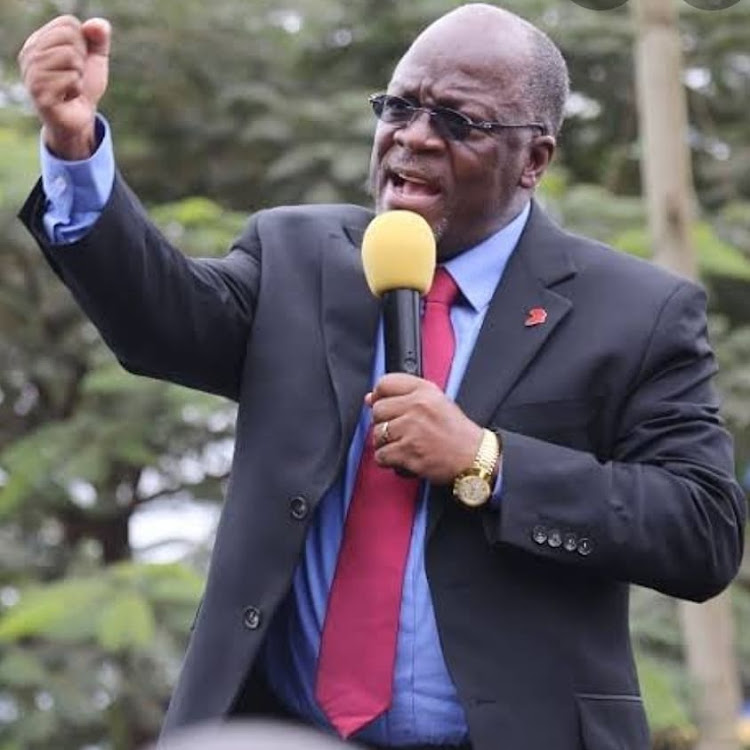 Tanzanian President John Pombe Magufuli was well known by the locals and across the borders for his hard stance when it comes to developments and service to the people.

Until his demise on Wednesday night, Magufuli was serving his second term in office as the fifth President of Tanzania.

He died at the age of 61 after a long battle with heart disease, according to Tanzanian Vice President Samia Suluhu.

Magufuli kicked off his political ambition in 1995 when he won the Parliamentary seat for Chato, a seat which he defended in 2000 and 2005.

Magufuli then served as Minister of Lands and Human Settlement from 2006 to 2008 and was named the Minister of Livestock and Fisheries from 2008 to 2010.

In 2015, Magufuli ran for the presidential seat under Chama Cha Mapinduzi (CCM). He won and was sworn in as the fourth president of Tanzania on November 5, 2015.

In his first term, the president was accused of his hard stand against his opponents, but all the same, he was voted in for a second term in 2020, during much-contested presidential elections.

Tundu Lissu was the main challenger to Magufuli in 2020, and dismissed the results later, claiming that it was marred with rigging.

Lissu was Cadema flagbearer who later fled the country, saying that his life was in danger.

Magufuli, was a leader who was close to his people, and in most cases, he inspected a number of development projects by himself, keeping the contractors on their toes.

He ran on a platform of reducing government corruption and spending while also investing in Tanzania's industries.

On a number of occasions, Magufuli sacked civil servants who could not account for what they were assigned to do.

In 2017, Magufuli asked former Minister for Energy and Minerals Minister Sospeter Muhongo to step down.

The move came after the minister was implicated in a saga.

In December 2020, Magufuli replaced one of his ministers during the swearing-in ceremony for failing to accurately read the oath of office.

Francis Ndulane, who was to be the deputise the minister for Minerals Francis Ndulane could not read the fluently content more than twice.

Apart from fighting for his people, Magufuli also asked EALA to rise to the occasion and utilise the resources found within the East Africa Community to boost the living standard of its people.

After being voted in for the first term in 2015 as the president, Magufuli said that he will prioritise development in his five years in office.

His first move was stopping the annual Independence Day celebrations in Tanzania and instead, directed the money to infrastructure, which was expanding New Bagamoyo Road.

Samia Hassan Suluhu became the first female vice-president when Magufuli was elected in 2015.
News
10 months ago

There has been speculation on Magufuli's whereabouts with suspicion of Covid-19 infection.
News
10 months ago
by KEVIN CHERUIYOT Online Journalist
News
18 March 2021 - 01:26