•Lissu has been at the German embassy since Friday after expressing fears for his life.

•He has left for Belgium. 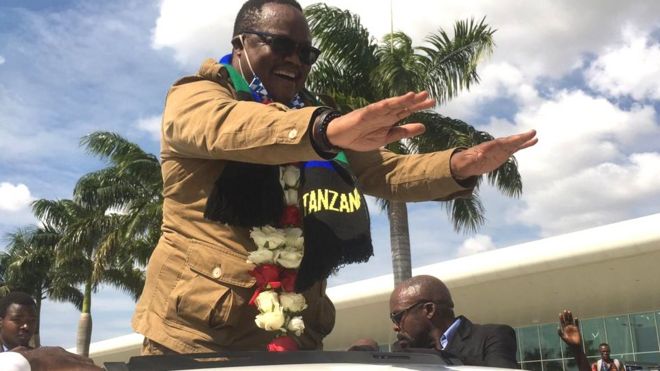 Lissu had been at the German embassy since Friday after expressing fears for his life.

He has left for Belgium.

In a video posted by Lissu on Twitter, the opposition was seen entering a car as he prepared to leave the country.

Lissu was the flagbearer for the Chadema party, which has accused President John Magufuli of rigging.

Meanwhile, former Tanzania MP Godless Lema was on Monday released from Kajiado police station after fleeing his country over claims of death threats.

The former Arusha MP and his family fled from Tanzania via taxi on Sunday to Kenya seeking protection over what the MP said were attempts on his life.

He was arrested at Ilbissil in Kajiado County after he and his family crossed over through the Namanga border.

Lema was forced to spend Sunday night at Kajiado police station while his wife Neema Godbless, their three children sought protection in Nairobi.

On Monday afternoon, rights lobby Amnesty International appealed to the Kenyan government not to deport the former legislator to save him from “persecution.”

Amnesty said Nairobi has a legal obligation to host anyone fleeing danger from their countries and that  Lema’s situation means he would be at risk if forcibly returned to his country.