32-year-old Isaac Sturgeon, flew all the way to Kenya after allegedly participating in the white supremacist mob attack. 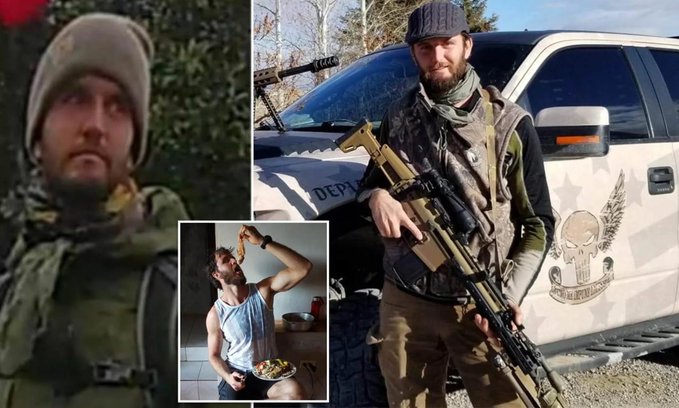 An American national who fled to Kenya over the on January 6, 2021 chaos at the Capitol in Washington was at the weekend deported from Nairobi.
Image: COURTESY

An American national who fled to Kenya over the January 6, 2021 chaos at the Capitol in Washington was at the weekend deported from Nairobi.

Officials said 32-year-old Isaac Sturgeon, flew all the way to Kenya after allegedly participating in the white supremacist mob attack.

But he was deported by Kenyan immigration and police after they were informed he was in Nairobi.

Sturgeon is accused of picking up a metal barricade at the US Capitol and using it to shove back police officers who were guarding the building.

He then tried to crawl under barriers to get into the Capitol, according to federal investigators.

After that fun flirtation with domestic terrorism, Sturgeon hopped on a plane to Kenya on January 24, with plans to stay there until April.

Unfortunately for him, Kenyan authorities kicked him out at the last Friday following a tip off.

Sturgeon was deported from Nairobi on March 5 and promptly arrested by the FBI, who greeted him at John F. Kennedy International Airport in New York City the following day.

Sturgeon, who is a business owner from Montana, is now facing charges of obstruction of justice, civil disorder, engaging in physical violence in a restricted building or grounds and assaulting or resisting officers.

Prosecutors are expected to ask a federal judge to detain him without bond pending trial.

According to the FBI, a warrant to arrest Sturgeon was issued on February 5 on the planned charges.

On January 16, 2021, the FBI posted to its website a photograph of Sturgeon, among others, seeking the public’s assistance in identifying him. And the assistance bore fruits.

Sturgeon had travelled to Kenya on January 24 and later purchased a return ticket to the US departing on April 5.

But after the Kenyan authorities were informed of his presence in Nairobi, police went to his hotel room and picked him before he was deported.

It is not clear what his mission was in Nairobi but he told police he was on holiday.