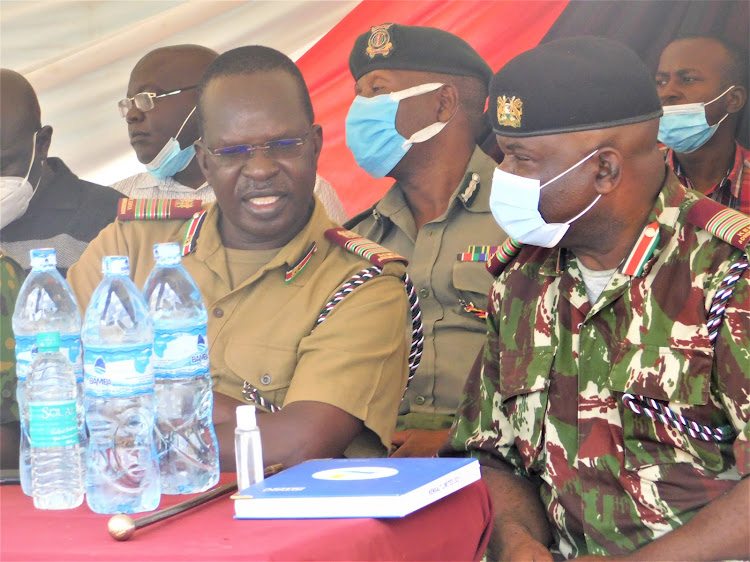 The government has ordered chiefs and their assistants to begin taking record of all elderly people who are at risk of being hacked to death for allegedly practicing witchcraft in Kilifi county.

Coast Regional Commissioner John Elungata directed the chiefs to ensure they have data of all the elderly aged 50 years  and above who are the ones at high risk of being murdered.

More than 60 people were reportedly killed in Kilifi county last year and the numbers are rising at an alarming rate particularly in the Magarini sub-county.

The regional commissioner gave the orders during a public baraza at Kasikini village of Marafa Ward, Magarini sub-county after area MCA Renson Kambi complained about the rise in the number of killings of elders suspected to be practicing witchcraft.

The regional commissioner told chiefs that they must make sure elders are protected from the attacks.

"Chiefs and their assistants will be held individually responsible for the murder of any elderly persons in their areas of jurisdiction on suspicion of witchcraft practice," he said.

Elungata also warned those behind the killings of the innocent elderly men due to land saying their days were numbered.

He said chiefs must ensure they physically know all the people aged 50 years and above and make sure they are protected.

The regional commissioner called on assistant chiefs to work closely with Kaya elders who have established two rescue centres to ensure the killings are brought to an end.

Elungata said if any of the elderly people are murdered chiefs will carry the burden and held responsibly.

Earlier the Marafa MCA said the killings of the elderly are notorious because there are no witness protection programmes to ensure suspects are jailed forcing the courts to release the suspects due to lack of evidence.

Elungata said the government will begin a witness protection programme to enable residents to give evidence without fear.

The regional commissioner said they will revive cases of suspects who were acquitted a long time ago due to lack of witnesses after suspects withdrew for fear of threats.

He said the suspects should be rearrested immediately and directed the DCI to begin receiving statements of such cases so that they can be prosecuted again.

"It is wrong for you to harass and kill your parent who bore and nurtured you and then pretend to mourn them by holding grand funeral services including disco matanga,” he said.

He said there was a need to hold joint meetings to sensitise residents on the dangers of killing the elderly.  He attributed the brutal murders to self-proclaimed prophets who have formed a habit of naming suspected witches who become easy targets for murders.