Four Tangatanga MPs to be charged in Bungoma

Four MPs allied to Deputy President William Ruto are set to be arraigned at the Bungoma law courts after their arrest on Thursday during the Kabuchai parliamentary by-election.

The Tangatanga lawmakers, who were nabbed yesterday as violence and chaos marred the by-election, spent the night at Bungoma police station and would be charged later on Friday.

On Friday, Cherargei claimed that the charges they would be facing are trumped up to serve a political agenda.

“Currently, together with my colleagues, we are being taken to Bungoma law courts after spending the night in police custody to be later arraigned in politically motivated charges,” tweeted Cherargei.

Webuye West MP Dan Wanyama, visited the MPs at the police station before they were escorted to the law courts for arraignment.

The MPs in custody told the press after their arrest on Thursday that they were blocked by police as they left Pongola primary school polling station. 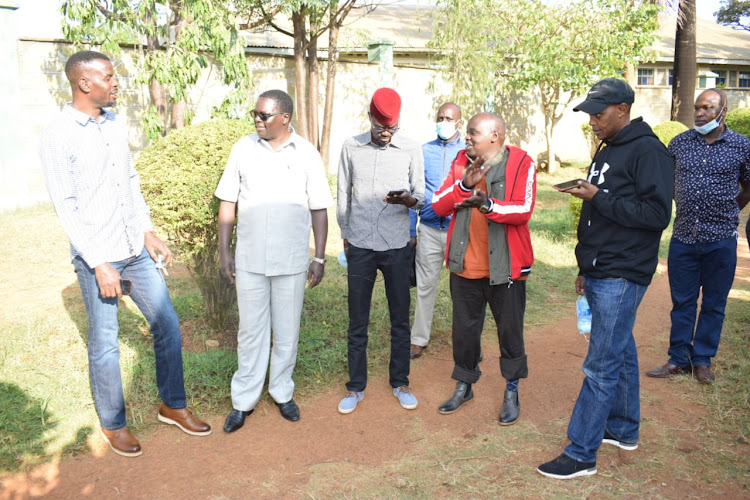 They said they had escorted UDA candidate Evans Kakai to cast his vote.

"They just blocked our convoy and arrested all of us...We are yet to know where we are going," Koech told the Star on Thursday.

The Kabuchai battle was billed to be high-stakes contest with Ford Kenya seeking to retain the seat through Majimbo Kalasinga to fend off Ruto's influence in Bungoma.

The by-election was occasioned by the death of the lawmaker James Lusweti of Ford Kenya.

MPs arrested in a day of tension and tear-gassing as Kenyans exercised their right to vote. Turnout low.
News
1 year ago

Mudavadi assured locals he would work together with Wetangula even after the by-elections.
Counties
2 years ago

ODM announce plans to field a candidate in Matungu by-election