Family has paid Sh1.1 million but they still owe more than Sh4 million.

• Virgina Adhiambo gave birth to quadruplets on February 1 through C-section and was detained over a bill that has now hit more than Sh4 million.

• Two of her babies were discharged last Friday after her husband, Charles Ndonye, pleaded with the hospital’s management after paying Sh1.1 million. 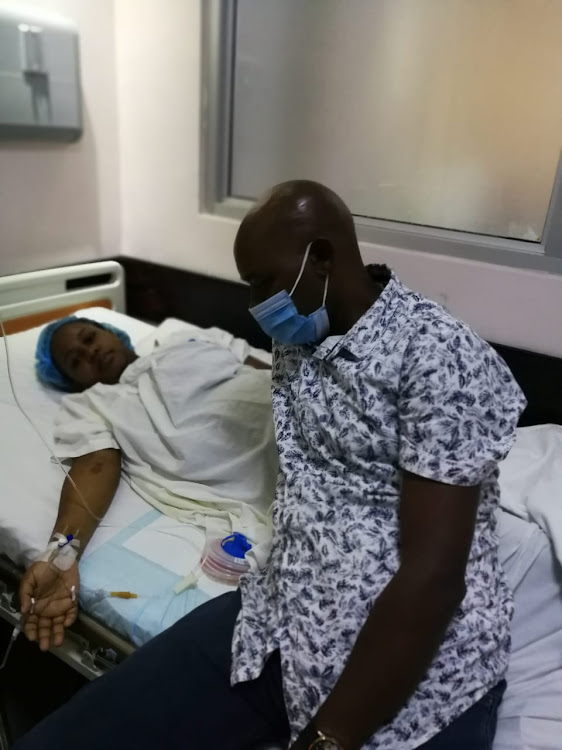 The 26-year-old woman detained at Nairobi South Hospital over a medical bill has appealed for help.

Virgina Adhiambo gave birth to quadruplets on February 1 through C-section and was detained over a bill that has now hit more than Sh4 million.

She is worried the bill is increasing. Two of her babies were discharged last Friday after her husband, Charles Ndonye, pleaded with the hospital’s management after paying Sh1.1 million.

“I've been admitted here at The Nairobi South Hospital since February 1. I developed complications after giving birth to quadruplets. I have been on antibiotics ever since and my babies are in the Intensive Care Unit,” Adhiambo said on Sunday.

“I'm calling for help from well-wishers. May Kenyans of goodwill help me clear the hospital bill, it’s now over Sh4 million. If anyone is touched by my plight, kindly help me sort out the bill so that I rejoin my family, together with my two other babies.” 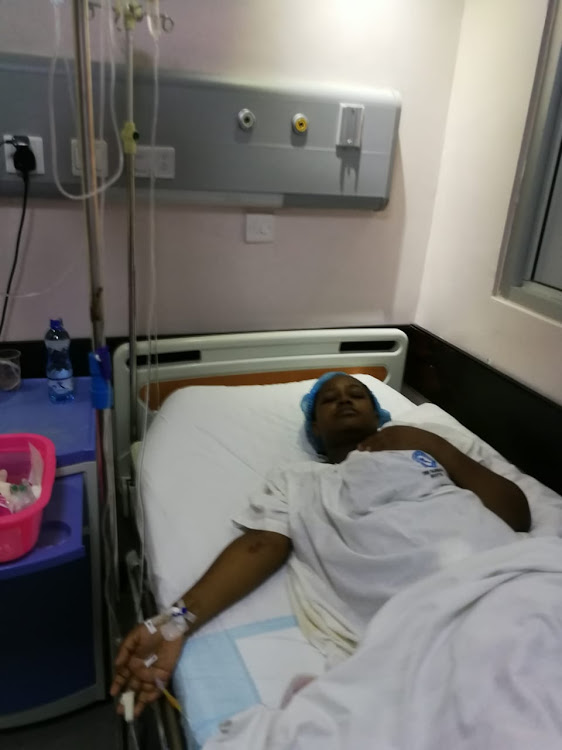 She spoke to the Star from her hospital bed. She also urged the government to come to her rescue, saying the bill is too huge to be cleared by her family and has been giving them sleepless nights. Adhiambo said her family and friends had raised what they could.

Ndonye said they only raised Sh300,000 through pay bill number 5541617, and his family, relatives, friends and church raised Sh500,000, which included his personal savings.

“Kindly help me settle the hospital bill for my wife and babies. She is still detained at the hospital with two babies, two have been discharged,” he appealed.

Initially, all the babies—two boys and two girls—were in incubators. But Adhiambo's mother picked up the two who were discharged. Adhiambo and the other two can only be released once the bill is cleared.

Ndonye, 38, earlier said they were, as a family, unable to raise the money as his business has borne the brunt of the Covid-19 crisis since last year. He sells baking machines along Mombasa Road at Plaza 2000.

Ndonye's insurance cover has a Sh200,000 limit and does not cover maternity.

The hospital's HR manager Stephen Mutavi said the couple had challenges settling the bill. “We had a discussion with the family and they are looking for money,” he said by phone.

"Two of the babies are still undergoing treatment and therefore the bill is still accumulating.”

“For the babies, they have failed to cater to their medical bills. The mother had complications and was taken to the ICU where she has been undergoing treatment. The children are still in incubation,” Mutavi said, adding that the babies' care is increasing the cost.