Senators in push for operationalisation of legal aid fund

•Legal representation in the country is very expansive and far beyond the reach of a majority of Kenyans.

•As a result, many poor families have continued to suffer in silence as they cannot afford to pay lawyers. 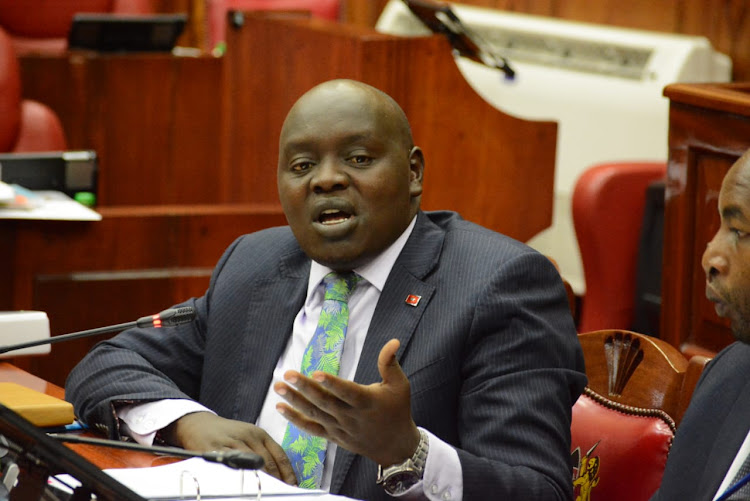 Senators have launched a fresh effort to push the government to operationalise a fund to assist indigent Kenyans in need of legal services.

The lawmakers said that despite the law establishing the fund being in place, the government is yet to operationalise the fund to the detriment of poor Kenyans.

“The government should explain the reasons why Legal Aid Fund has not been operationalised,” reads a statement sought by Nandi senator Samson Cherargei.

The Fud is provided for in the Legal Aid Funds Act that was enacted in 2016 to aid in the provision of legal services to poor Kenyans who cannot afford the legal fees.

Legal representation in the country is very expansive and far beyond the reach of a majority of Kenyans.

As a result, many poor families have continued to suffer in silence as they cannot afford to pay lawyers.

In the statement, Cherargei, implored the Senate’s Justice, Legal Affairs and Human Rights Committee (JLAH) to summon Attorney General Paul Kihara to state the measures put in place by the government to ensure that legal aid support is accorded to Kenyans.

“The committee should clarify whether the office of the Attorney General has explored the possibility of devolving the framework of Legal Aid Fund to the counties, and if so, state the strategy and timelines established,” the vocal senator demanded.

Further, the lawmaker wants a detailed disclosure of financial statement of budgetary allocations, including assistance by development partners, towards providing legal aid programmes in the country.

Speaker Kenneth Lusaka ordered the JLAH committee chaired by Nyamira senator Okong’o Omogeni to invite Kihara and inquire into the concerns and report back to the House.

In December 2017, Kenya launched a National Action Plan on Legal Aid for 2017-2022, the first of its kind in Kenya and in the region, to ensure that all persons get access to legal aid in this country.

The Action Plan outlines a broad policy, legal and institutional framework to ensure sustainable and quality legal aid, and operationalizes legislation including the National Legal Aid and Awareness Policy 2015 and the Legal Aid Act 2016.

Post a comment
WATCH: The latest videos from the Star
by JULIUS OTIENO Journalist, Political and Parliamentary Reporter
News
24 February 2021 - 20:38
Read The E-Paper