Dredging of Lake Victoria launched, to expand port by 400 meters

Raila says Kisumu port to be extended by another 400 meters within six months.

• This has begun as the quest to revive maritime trade in the region gains momentum, with the project expected to improve cargo exports.

• Raila noted that the dredging will see the length of the port extended by another 400 meters and expected to be concluded within a period of six months.

ODM leader Raila Odinga on Saturday has launched the dredging of Lake Victoria.

The dredging will see larger vessels dock at Kisumu port amid efforts to grow the city into an East Africa Economic Hub.

This has begun as the quest to revive maritime trade in the region gains momentum with the project expected to improve cargo exports through the lake and effectively remove over reliability on road transport.

Raila who doubles up as AU's special envoy for infrastructure said the dredging will see the length of the port extended by another 400 meters in the next six months.

"I have been told once this is done, even more than ten ships can dock at the port at the same time,"  he said.

The vessel, a 70-meter long 4,000-tonne dredger was leased from Uganda Mango Tree in 2019 where it was supposed to have started three months after it was leased but delayed. 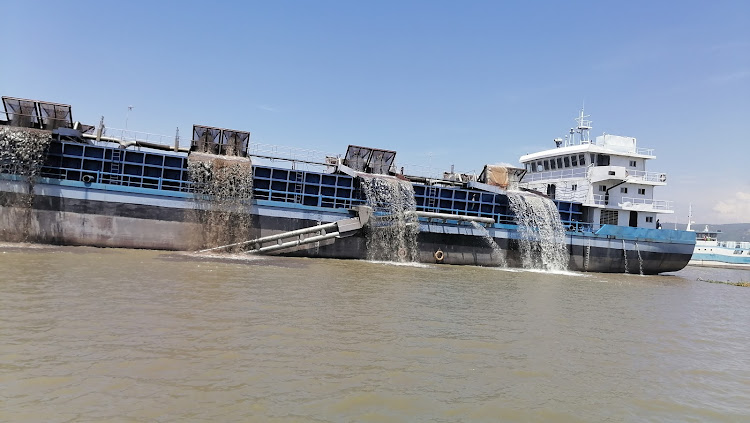 The dredging exercise will be overseen by the Kenya Navy.

Raila while reiterating that many business opportunities will be witnessed within the region with the revival of the port and the  Meter-gauge Railways line, cautioned the contractor against giving excuses.

Raila said the contractor should make sure that the work is done under the stipulated timelines and quickly as possible so that people will see more benefits from the port.

The meter-gauge railway line from Kisumu to Butere, he noted is also earmarked for refurbishment to move goods and people from Kisumu.

"This will basically open up the economy of this region and make it possible and easier for businessmen, farmers to access the market using the cheaper means though railways line," he said.

He added, "We also have the Jetty here that will serve many ships transporting fuel to neighboring countries like Uganda and Tanzania”. 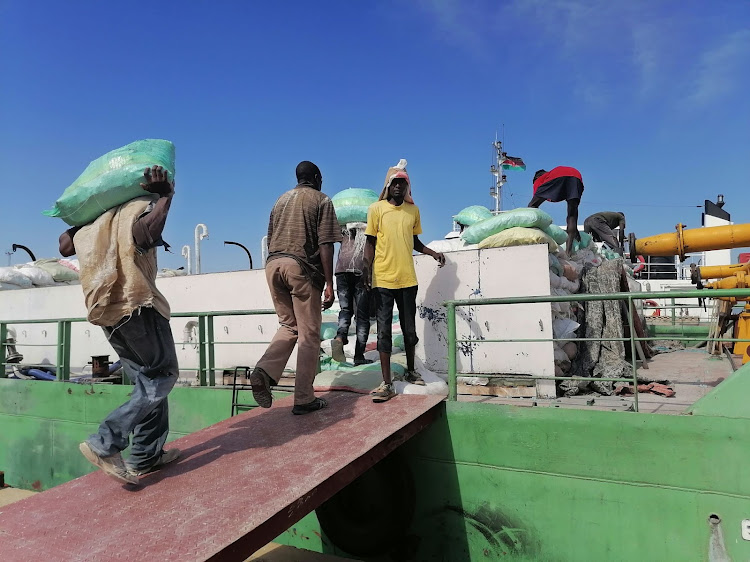 Fertilizers being loaded to MV Harambee Ship by workers at the Kisumu Port which will be heading to Uganda
Image: Faith Matete

He said after the works are complete, the same contractor has been contracted to handle the Mbita course-way to remove the boulders so that the water in the gulf can flow making it possible for ships to move under the bridge of Mbita.

Raila said the other feeder ports along the gulf outside the main Lake such as Homa Bay, Kendu Bay, Karungu Bay, Muhuru Bay, Sio Port amongst others will also be rehabilitated. 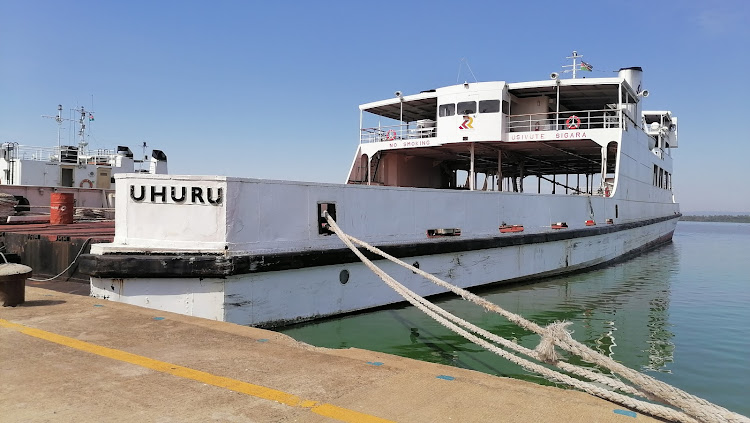 Nyong'o noted that one of the benefits of political stability is that is an environment in which democracy thrives and development is achieved.

"If you came here two years ago, you could not believe what you are seeing here could have existed," he said.

He added that the benefit of BBI had brought political stability in the country so that democracy can exist and development can go on and it has been demonstrated in Kisumu at the Kisumu Port.

The governor further noted that the volume of the cargo handles in ten revamped ports since 2019 has gone up by 60 per cent and various ships within the port have transported various goods to the neighboring countries.

He said the number of vessels docking at the port had also increased to 41 up from 2019 when it was only 19. 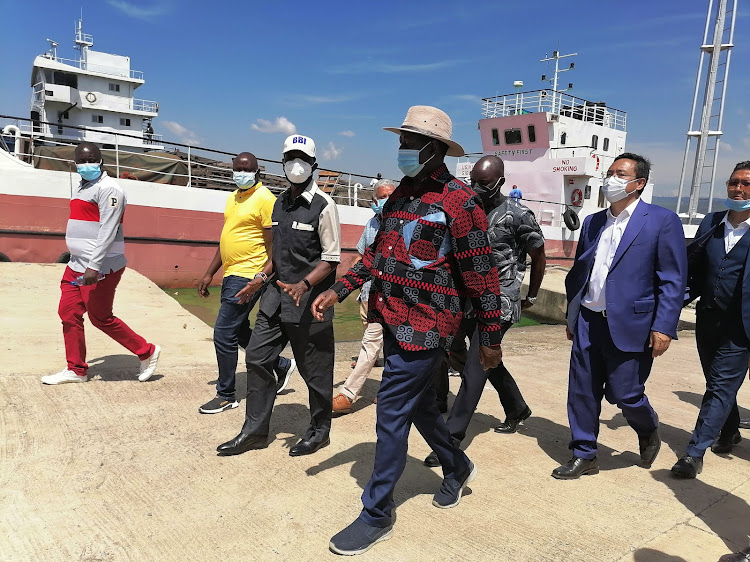