Ruto bid to have Matungu candidate backed by independents fails

Hopefuls say they were separately assured of support only to be told at a meeting in Nairobi to back a UDA candidate. 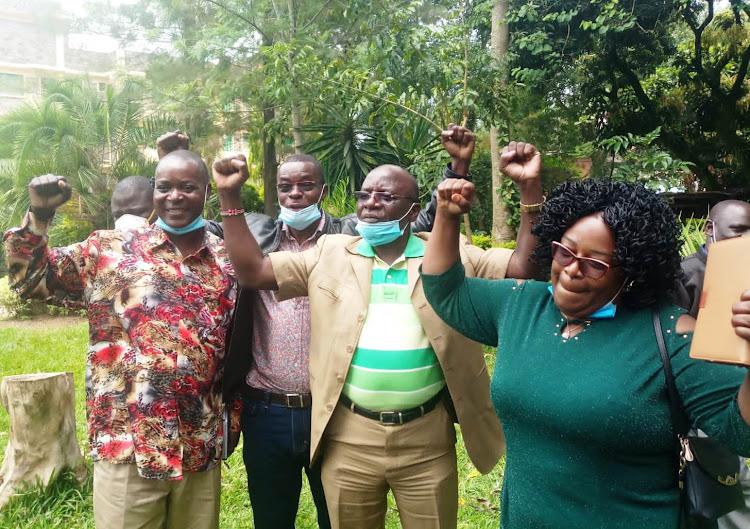 An attempt by United Democratic Alliance, a party linked to DP William Ruto, to reduce the Matungu by-election to a three-horse race has failed.

Five of the independent aspirants yesterday said they were duped separately by the UDA leadership into attending a meeting in Nairobi where they were instead asked to quit the race and support the candidate the party had settled on.

The seat fell vacant following the death of MP Justus Murunga. ANC has fielded Peter Nabulindo and ODM has former MP David Were.

On January 7, independent hopefuls were invited to Nairobi to meet UDA officials Johnson Muthama and Boni Khalwale. Each had separately been promised the support of the new political outfit.

“I was called in Nairobi and thought we were going to discuss Matungu leadership. When I got there, I realised that all other independent candidates had been called in and they were telling us to support the candidate the party had issued with a certificate. None of us knew he was going to meet other candidates,” Posho said.

Posho said they are not members of UDA. “We are the only people who represent the aspirations of the people of Matungu because those other parties have been handpicking their candidates without the involvement of the people here."

Posho said UDA officials told them at the meeting that an opinion poll had been carried out and it established that Alex Lanya was the most popular aspirant among them and they should drop their bids to back him on the UDA ticket.

They said that before the meeting, each of them had been told that the survey had revealed that he or she was the most popular candidate, hence best placed to work with the DP. But Khalwale later announced on Twitter that they had agreed to back the UDA candidate.

Kongoti maintained that he will be in the race to the ballot. “I have not quit the race and nobody can stop us from contesting. My worth is the people of Matungu and nothing else,” he said.

Wangara urged leaders from outside Matungu to keep off the poll and stop imposing leadership on the people of Matungu. “If our parties regard democracy they should not fear but subject all interested candidates to a due nomination process,” he said.

Munga said she was in the race to achieve her dream.

Paul Achayo is running on MDG party ticket. Other independent candidates in the race are Paul Atwa, Bernard Wakoli and Odanga Pesa. Wakoli has also distanced himself from UDA.