•The autopsy report showed the killer reserved the most intense anger for the father and son as their bodies bore the highest number of wounds.

Nicholas Warunge, his wife, son, nephew and their construction worker were killed with clinical precision, their bodies bearing wounds that were similar in measurements and depth, an autopsy report has shown.

The autopsy conducted on Monday showed that the stab wounds on the  bodies measured between three and four millimeters.

State pathologist Johansen Oduor said the similarity of the wound patterns suggested that their killer was the same or “if they were different, then they used one murder weapon.”

The autopsy report showed the killer reserved the most intense anger for the father and son as their bodies bore the highest number of wounds.

“The body of the elder male had the highest number of stab wounds as well as that of the son. Both of them had their heads severed from the body,” he said.

“The wounds in the body of the father and the son suggest that the assailant may have been passionate or angry as he committed the crime,” Oduor added.

It is the mother and the little brother who put up some form of defence during the attack, he explained. They both had broken hands also bearing stab wounds, suggesting they were lifting their hands to shield themselves from being hit by a blunt weapon and a sharp object.

The bodies also had blunt trauma effect, suggesting they were also hit by blunt weapons., the results showed. 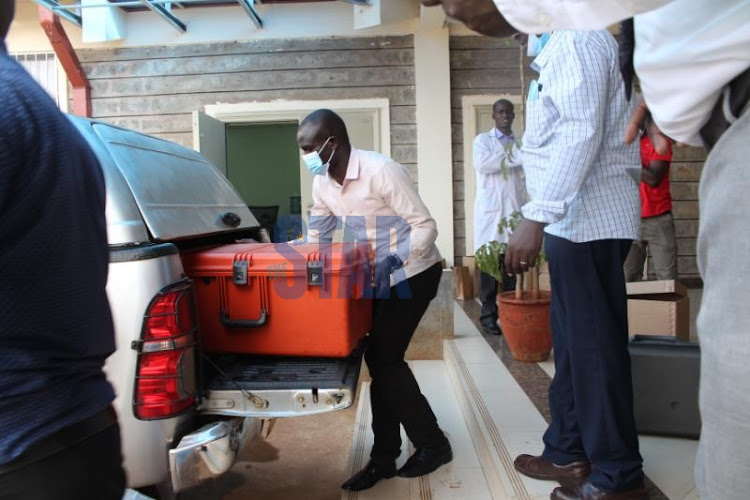 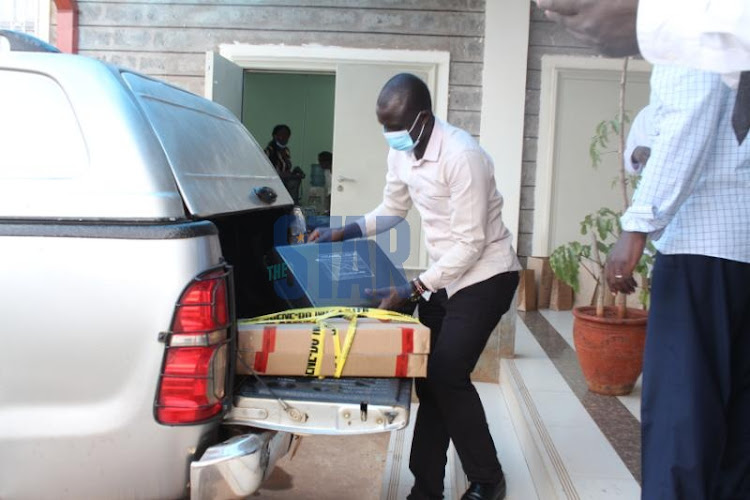 Further, the autopsy results also showed that the body of the construction worker had blunt object trauma besides the stab wounds.

“It appears the assailant found the victim unaware while he could have been asleep. He did not put up much fight in self defence,” the chief pathologist added.

Lawrence, 23, was produced in a Kiambu court on Monday for a hearing of an application by the prosecutors to have him and his girlfriend detained for another 14 days.

The court allowed the application to enable the detectives carry out conclusive investigation, including DNA testing and matching as well as mental assessment of the suspect.

When the prosecution read the charges that it would press against him when he formally takes plea, the emotionless and calm the young man responded: "no objection."

At the same time, Warunge's relatives have said they want Lawrence to "rot in jail."

Dan Njeru, the brother of Warunge's wife told the Star the family hopes the  man is convicted "as quickly as he committed the crimes and consigned to his rightful place in jail".

"I don't think it will take much to have him fixed. He is the one who led the investigators to Mai Mahiu and showed the murder weapons. I'm sure his DNA will match with those collected on the weapons and also correlated with the deadly wounds," he said.

"That alone should have him placed at the center of the crime," he added.

The fact that the suspect has voluntarily confessed to the crimes does not help his case, he added.

The four family members will be buried on Saturday at their home where they were killed in Karura village in Kiambaa.

Meanwhile, the family of Kinyanjui Wambaa, the construction worker also killed in the murders has plead  for help by well-wishers to foot mortuary bills.

Wambaa, to be buried on Wednesday at Gathiga cemetery is a father of two and was 38 years old.

During that period, Warunge will also undergo a mental assessment.
News
2 weeks ago
by GORDON OSEN News Journalist
News
11 January 2021 - 19:32