Some workers find this new normal rewarding, as they avoid travel to work and enjoy flexibility at home. 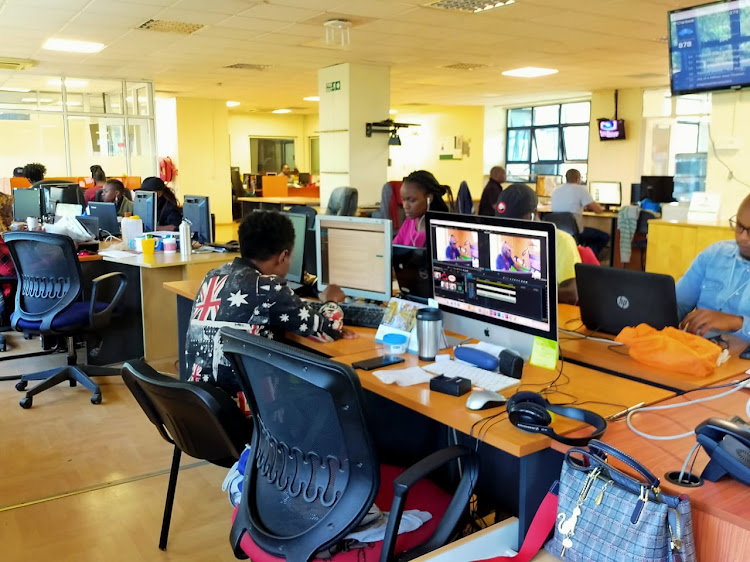 BEFORE COVID-19: Workers busy in an office.
Image: SHARON MAOMBO

As he built his four-bedroom house in 1999, Emmanuel Kairu envisioned a comfort zone, the go-to place after work and weekends.

Two decades later, however, Covid-19 changed what his Kiambu home ought to have been. For nine months now, he has used one of his bedrooms as an office while working from home.

“It is my ninth month working from home as an accountant, the new normal. I have had to convert one of my bedrooms into an office,” Kairu says.

For the accountant, remote virtual meetings are currently a commonplace and he has had to sharpen his technology skills to fit into the new system.

“I am 50 years old and I have never been tech savvy. I have always depended on the IT professionals at work to help me out but that’s not it any more. I have had to master the ropes,” he says.

The father of three also had to buy his children smart phones to enable them attend virtual classes.

“I noticed buying internet bundles daily was costly so I installed internet at my house to cut down on costs. Home internet is now everything,” he adds.

Speaking on whether the costs changed with working at home, the accountant said the costs are almost at par with previous times.

Before, he spent daily fare and paid gym fees but this year the money was channeled to the internet, airtime and to the increased food consumption.

“Before Covid-19, fare would be spent to and from the market and supermarkets but this year, we ordered groceries, shopped online and paid delivery fees. It is pretty much the same in cost but more convenient,” Kairu said.

For Kairu working from home has had him less tired at the end of the day as apart from more sleep, he no longer spends hours in traffic to and from work.

However, power failure and constant distractions have been his greatest setbacks in the new normal.

“Sometimes we are in a blackout for up to five hours. That means I cannot work and children cannot learn because all the gadgets and the Wi-Fi need electricity,” he says.

While attending numerous Zoom and Google virtual meetings, he reported constant interruptions from the young ones who need a thing or the other.

He currently locks his home office door to minimize the distractions as silencing the kids has become almost impossible.

“Working from home is a great idea but we cannot assume its setbacks that affect optimum productivity,” Kairu says. 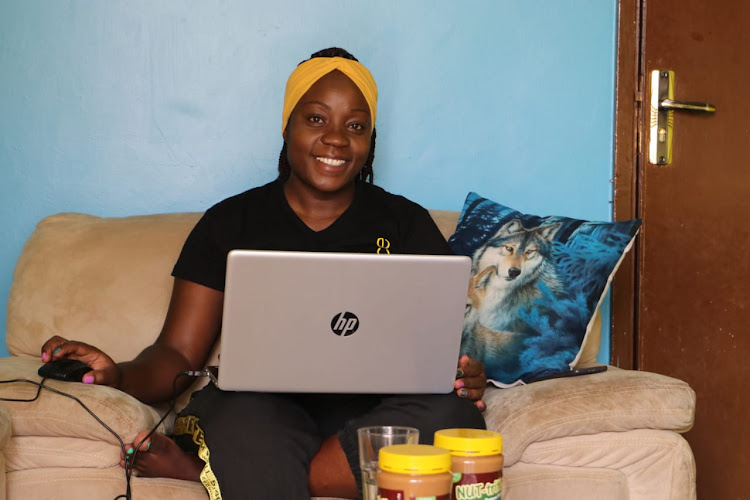 Unlike Kairu, Grace Atieno’s experience is different. She currently works with Samasource, a technology company.

On her end, working from home has enabled her develop a flexible schedule that allows her to get extra time to spend with her one-year-old son.

“Working remotely has also expanded opportunities for me especially in regards to setting up my side hustle. I got to promote my homemade natural peanut butter quite easily and increased sales through digital platforms,” Atieno said.

She has not had internet challenges working remotely and hopes that remote working will be considered for the long haul.

“The company provided us with the necessary resources to effectively work. We also have a reliable IT team which comes in handy to sort any arising challenges. It has been a great year,” she said.

Despite constant communication with her team members, Atieno says that physical isolation may slow down career advancement.

Caroline Achieng, who also works remotely with Samasource, asserts there is an occasional dip in morale when you are not around your teammates despite constant communication.

“While remote working allows me to continue performing my duties as expected and wherever I deem fit, it has also enabled me to venture into e-commerce where I run an online clothes business,” she said.

When President Uhuru Kenyatta urged Kenyans to work from home, Millicent Sigunga moved from the capital to her rural home in Western Kenya where her children live.

“This has been the most challenging work period in my life. Everything is either expensive or disappointing,” she said.

Saying that nine months later she has seen not a single house in her neighborhood with installed Wi-Fi, Sigunga concludes that only those in urban areas can effectively work from home.

As a project manager, the mother of two has always thrived in team effort which was greatly altered by distance, high expenses and increased blackouts.

“Unlike the office, I have had to purchase internet daily. I spend about Sh200 worth of internet each day and I have lost the motivation to work. I am stressed out,” she added.

In her view, communication among her teammates has been just as hard as having a schedule, staying disciplined and avoiding distractions.

“My family sometimes never gets why I have to work the whole day and due to conflicts, I have missed a number of deadlines. Successfully working from home depends on the type of work. Team effort is disastrous,” the project manager said.