No decision yet on appeal against nullified 23 laws, says Sialai

National Assembly Clerk Michael Sialai has termed as 'erroneous, unfortunate' reports to effect that the appeal was lost

• Clerk Michael Sialai says the application for stay orders by the National Assembly is still pending before the court.

• The clerk says the Court of Appeal has itself acknowledged “the importance and weight of the issues raised by the National Assembly.” 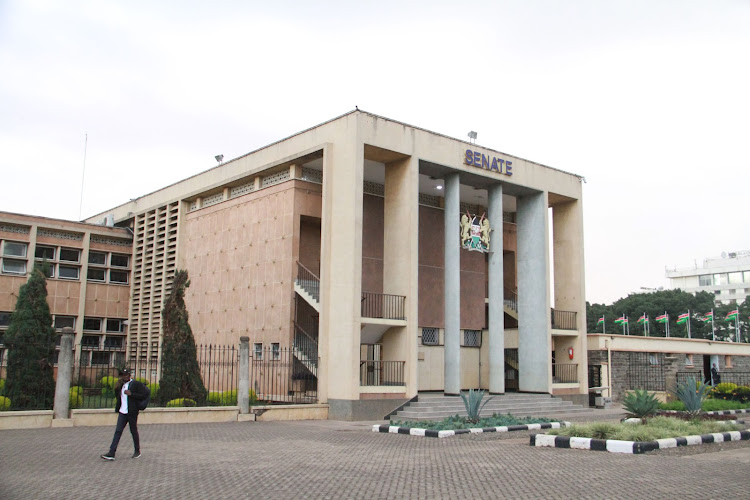 The National Assembly has dismissed claims that the Court of Appeal declined to suspend orders quashing some 23 bills passed without the Senate’s input.

Clerk Michael Sialai said the application for stay orders by the National Assembly is still before the court.

The clerk said the Court of Appeal has itself acknowledged “the importance and weight of the issues raised by the National Assembly”.

The National Assembly filed a notice of motion at the Court of Appeal, via electronic means, on November 12.

The application sought conservatory orders and the order of stay of the execution of the judgement by justices Jairus Ngaah, Anthony Ndung’u and Teresia Matheka.

The application was certified urgent by the duty judge and directions were given by the deputy registrar on November 16.

Sialai said the National Assembly has complied with the directions and that all respondents have filed their responses and submissions as directed.

Appellate judges Hannah Okwengu, Patrick Kiage and Jamila Mohammed on Friday directed that the matter be listed for mention through online platform before any bench of the Appeals court.

They directed that all the parties' counsel be served with hearing notices to join the online platform through a virtual link to be provided.

This would be so that the court can confer with counsel and give directions on the way forward, including the fast-tracking of the substantive hearing of the appeal.

On the basis of the judge’s decision, Sialai said the National Assembly, through its counsel, has written to the Deputy Registrar and president of the Court of Appeal, requesting for an early hearing date to argue the application for stay.

“They have further notified the president of the Court of Appeal that they are available as early as next week,” he said in a statement to newsrooms.

The three-judge bench of the High Court had in October declared the laws as unconstitutional, a decision the National Assembly appealed.

The laws are among them those that imposed an eight per cent levy on fuel, in amendments to the Finance Act of 2018.

The law authorising government spending for the financial year 2018-19 was also affected as well as the Capital Markets (Amendments) Act, 2018; NYS Act 2018; Supplementary Appropriations Act, 2018; among others.

If these Acts of Parliament are quashed, there would be grave consequences as some of them had given impetus to reforms by the national government on the National Youth Service and the establishment of the Kenya Coast Guard.

The latter is charged with managing security at Kenya's ports.

It is also not clear what would be the fate of monies that had already been appropriated to the national government ministries and agencies and the taxes had already been levied, following the passage of the now quashed Appropriations Bill.

Says enforcement measures already taken by KRA in implementing the laws are valid.
Business
1 year ago

A court has given Parliament nine months to go back to relook at the 23 laws.
News
1 year ago

High Court nullified 23 laws that were passed without involving the Senate.
News
1 year ago
by MOSES ODHIAMBO Journalist and Political Writer
News
21 December 2020 - 23:00