Raila asks AU,UN to allow divorce between Somalia and Somaliland

Raila said Somaliland is a reality, that the world has got to live with.

• Raila said this on Tuesday after meeting Somaliland President Muse Bihi who ended his official two-day visit to Kenya.

•Speaking at the Villa Rosa Kempinski in Nairobi, the AU’s High Representative for Infrastructure said that it is impossible to reunite Somalia and Somaliland. 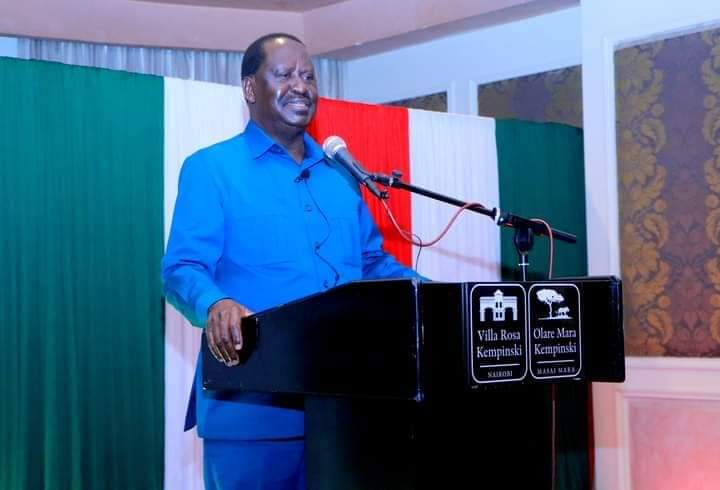 AU special envoy Raila Odinga has challenged the union to speed the process of recognizing Somaliland as a fully independent country.

Raila said this on Tuesday after meeting Somaliland President Muse Bihi who ended his official two-day visit to Kenya.

Speaking at the Villa Rosa Kempinski in Nairobi, the AU’s High Representative for Infrastructure said that it is impossible to reunite Somalia and Somaliland.

“AU needs to wake up to the reality that it is not going to be possible again to bring these two countries together, and recognize them as two separate countries,” Raila said.

Raila, in his opinion, said that he does not regret making the same remarks earlier while in the UK.

The opposition chief in the country added that Somaliland will continue to progress and service without depending on Somalia.

He added that the sooner the issue is solved by the international bodies, the better for the two countries.

Raila said AU should step in and open a conversation about Somaliland, the way it handled the Western Sahara disputed territory on the northwest coast and in the Maghreb region of North and West Africa.

The collaboration talks between Kenya and Somaliland has attracted unfriendly setback from Mogadishu, which has ended its ties with Kenya.

Nevertheless, Uhuru appears unmoved by the spiraling diplomatic spat between Kenya and Somalia.

State House issued a joint communique by Uhuru and Muse Bihi where they directed their respective senior officials to work together to develop a general cooperation framework agreement.

In the agreement, Kenya is expected to open its Consulate in Hargeisa by end of March 2021.

On Monday night, Somalia announced that it was cutting ties with Kenya citing constant violation of Somalia’s sovereignty and territorial integrity.

Somalia Minister of Information Osman Dubbe announced that Mogadishu will in the next seven days withdraw all its diplomats from Kenya.

Somalia on Monday announced it had cut its diplomatic ties with Kenya.
News
1 year ago